Quantum Supremacy: A Leap into the Future 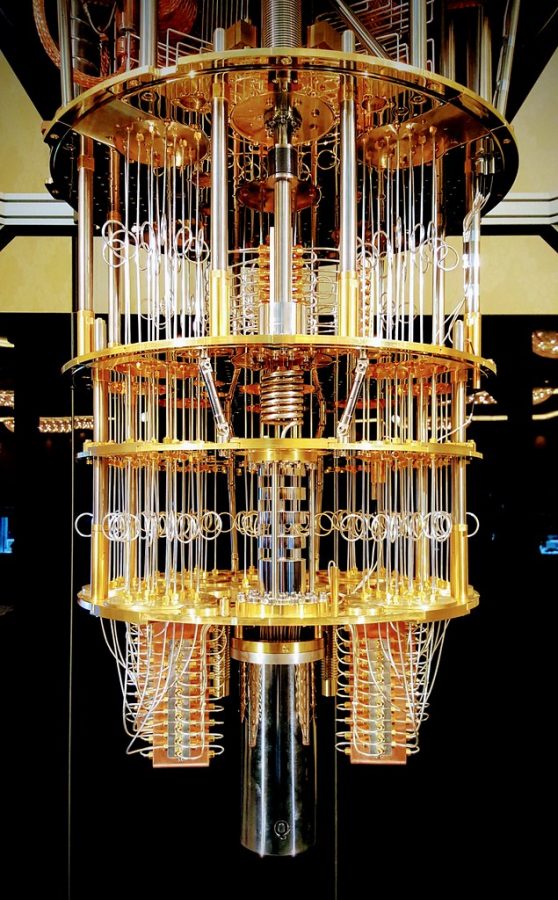 After decades of research on quantum computers, scientists have achieved one of the biggest milestones:  quantum supremacy. Quantum supremacy, which was first proposed in 2012 by a theoretical physicist named John Preskill, is the idea of quantum computers surpassing normal computers. For many years leading up to this monumental event, researchers from IBM, Google, Intel ,and many other companies invested a great portion of their time, money, and dedication to make this dream come true. Google ultimately became the first to accomplish this feat—a feat that will propel us into the future.

You may have heard of the word “quantum” before. It is usually associated with something that is something very complicated. That’s because it is. Quantum mechanics, the study of how subatomic particles behave, throws a lot of our common sense out the window. One of the most important concepts to understand is superposition. Superposition states that a subatomic particle, such as a photon, can be in two states at the same time until it is measured. Let’s say a magical box appeared in front of you with a fifty percent chance of having your favorite Halloween candy and another fifty percent chance of not having it. The box magically does not allow you to shake or feel the candy inside. In our reality, the candy has a definite chance of being or not being in the box, but in quantum mechanics, the candy is both present and absent at the same time. This is one of the many wacky concepts that exists in quantum mechanics.

Superposition is a concept that is heavily utilized in quantum computing. The smallest information in a computer is the bit. A bit is binary, meaning it can either be a zero or one. Computers are also made up of gates, which essentially control what happens to these bits. These gates and bits are the building blocks of a computer, and all computers have used this method ever since its invention in 1946. A quantum computer has a similar concept, but instead of having a bit, which consists of either a 0 or 1, a quantum computer consists of a qubit, which is both a 0 or 1 at the same time. By applying this concept of quantum mechanics into a computer, quantum computers are exponentially faster than a normal computer. For example, credit cards, which can take 10^12 years to hack with a normal computer, can easily be hacked with a quantum computer in a few seconds.

Quantum supremacy occurs when a computation is formed that is too complicated for a normal computer to solve but is able to be computed with a quantum computer. Finding and creating a computation too difficult for a normal computer, especially with the growing power of supercomputers, is a significant challenge. A group of researchers from Google in Santa Barbara, led by John Martinis, accomplished this task last week by constructing a microchip known as the “Sycamore.” The Sycamore enabled currents to flow for the qubits and were placed in refrigerators that cooled the chip to absolute zero. The ultimate goal of the Sycamore was to construct a computation that would take only 53 qubits to compute, which would take around a few minutes to solve. Even with the most powerful supercomputers in the world, this computation would take around 9 quadrillion steps to accomplish. This would take 10,000 years with the power of 100,000 computers working together to solve. That is a huge jump in power.