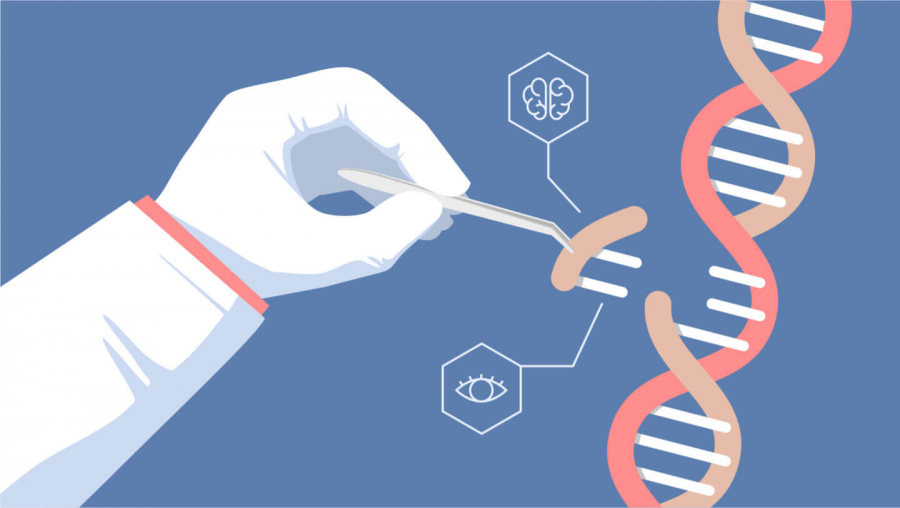 Ever since Fleming’s groundbreaking discovery of penicillin, antibiotics have been used in almost every situation to combat bacteria and have become the miraculous antidote to many evil pathogens that disturb our daily lives. But those little germs refuse to surrender and have come back even stronger to destroy our wonder drugs. Could this be the end to our magical medicine? Do our bodies stand a chance against these belligerent bugs?

A specific type of Cas9 gene editing known as CRISPR could be the hero we need to defend ourselves against these hostile pests. CRISPR, or CRISPR-Cas9, is a specialized section of DNA that can be excised and edited to alter the sequence of nucleotides and make the cell stronger so it can attack viruses, bacteria, and other harmful microorganisms. CRISPR stands for “clusters of regularly interspaced short palindromic repeats.” The repeated strands of nucleotides and spacers make it an ideal location for genome editing and are easiest to alter without the risk of gene deletion. Scientists have discovered a way to cut out a stretch of genetic information so that it can be modified for a specific purpose.

How does CRISPR-Cas9 work?

To understand how this complex but innovative system of genome editing works, we first need to understand how our DNA is wired. Our body stores all our genetic information in a sequence of nucleotides we call DNA (deoxyribonucleic acid). Our DNA is made up of multitudes of adenine-thymine and guanine-cytosine bonds linked together in different orders to store information for our bodily functions. CRISPR is a cluster of those nucleotide bonds that repeat and are identified by repeated sequences of nucleotides and spacers, which are small samples of DNA distributed between nucleotide repeats.

A guide RNA (half of DNA) is made from the nucleotide sequence of CRISPR and is used to locate the sequence of DNA that is going to be modified. The CRISPR RNA is injected into the DNA sequence along with a protein called Cas9, which is basically a pair of DNA scissors. The RNA guides the Cas9 protein to the specific sequence of nucleotides that needs to be modified and the Cas9 protein cuts the DNA. Once the sequence is interrupted, scientists can either delete, edit, or insert sequences of DNA for a specific purpose.

How can genetic modification be used to combat disease?

Once you understand how this molecular cut-and-paste tool works, you will realize that there is no limit to what can be accomplished. Now that we have learned how to edit our own DNA, we can change practically any part of ourselves. While it is still in the testing stages now, there will be a way for parents to modify the genes of their child in utero—whether it be to change the eye color or to prevent the child from inheriting a genetic disease.

Before genetic editing came to be, scientists were thinking of external drugs and procedures that would assist the immune system in attacking pathogens. Now, scientists are thinking of ways to edit and enhance the immune system and the body itself so that it is better suited in resisting infection. By locating the problematic sequence of DNA and deleting it, we can assure that the organism is able to fight off disease or prevent the organism from inheriting a certain illness or trait that was originally wired into their genes.