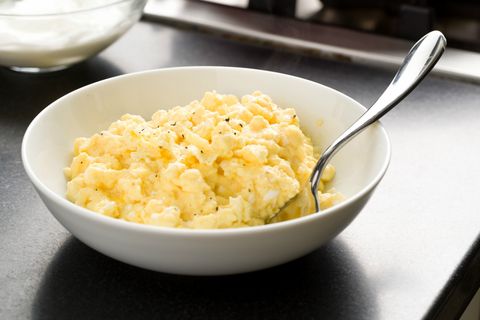 That morning, we were particularly tired because we’d spent the previous day pretending to be homeless. We didn’t brush our teeth or change our clothes, and we slept on cold rock. We weren’t doing it for fun, either; we were on a youth mission team, placing ourselves in the shoes of the homeless people we served on the streets as an exercise in empathy. We were doing it to better understand not just homelessness as a problem, but to understand the homeless themselves and their lives.

It was only 5:45 in the morning. I was tired, as well as smelly and dirty, and to be honest, I felt a little homeless myself. So much so, that I was confused for a moment when a voice woke me up by barking orders.

“Grab an apron and start setting up the tables—six chairs per table. Take a hairnet too,” it commanded.

The voice belonged to a stout man with a coarse black beard, with the name tag over the breast pocket of his apron reading “James.” He was the owner of the local soup kitchen in San Francisco’s Tenderloin district. Oh, right. We were finished with the play-pretend portion of the trip. Now it was time to actually serve a real homeless community. There were seven of us in total—only seven students, and according to James, we were supposed to feed several hundred people before the shift was done.

After exhausting ourselves with placing chairs and water jugs at each table, we finally stationed ourselves at assigned locations. Natalie was a greeter, Brandon and Bryan were refillers, and the rest of us—myself included—were in the kitchen’s assembly line, serving breakfast.

I stood behind a silver tub of scrambled eggs with bits of carrots and peas embedded in the yellow fluff, holding a dish in my right hand.

How hard could it be to scoop eggs? I told myself as the steam of the tray got rid of any remaining thoughts of tiredness I still felt. With a trash bag apron thrown over my sweatshirt and my greasy hair trapped in a hairnet, I was ready to serve.

James finally went to open the front door, and people of all different races and ages trailed into the kitchen. Some waddled in with canes, some wore tattered clothing, some looked like they hadn’t washed in years. One by one, they filed in through the door, handing off a neon ticket to Natalie as she greeted each of them with a “good morning” and a smile. As the neon tickets started to fill up the bucket, the assembly line in the kitchen went into full chaos.

“Hurry up! Stop slacking!” he yelled, watching us from the other side of the glass. Sweat formed on my forehead as I scooped eggs at max speed.

After three hours of hand cramps, I could finally see the end of the line. I scooped scrambled eggs for the final time, adding up to a final total of 694 people.

We started to clean the dripping oatmeal and bread crumbs off of the surfaces when a man walked in through the door holding a pink neon ticket.

“Please, sir. I need food. I desperately need food,” he pleaded as he approached James. The man wore a baggy tank top and slinking jeans.

He’s probably on drugs, I assumed as I watched the scene from a distance.

“Sir, we’re closed for the day,” James told him.

But the man persisted in his begging. His hands trembled as he held the ticket, tears starting to form in his bloodshot eyes. Without realizing it, tears began to fall from my eyes as well. The presumption I had made had created a distance between us, but just a small display of vulnerability on his end broke down the wall in a matter of seconds. A moment ago, I’d winced at the thought that he was a lowly drug fiend. Now, I wanted nothing more than to see him fed. Would we have to turn this poor man away without his breakfast?

I was lost in thought again, but was pulled back into reality when I was called away by Natalie. I didn’t look back at the man, although the last thing I heard him say as I walked away was “thank you, sir” over and over again.

I’d like to think that we did end up feeding him that morning, because the thought of turning him away would be too heartbreaking. So heartbreaking it would affect my sleep. And sleeping on a rock would be easier than that.