A Recap of the Past Decade 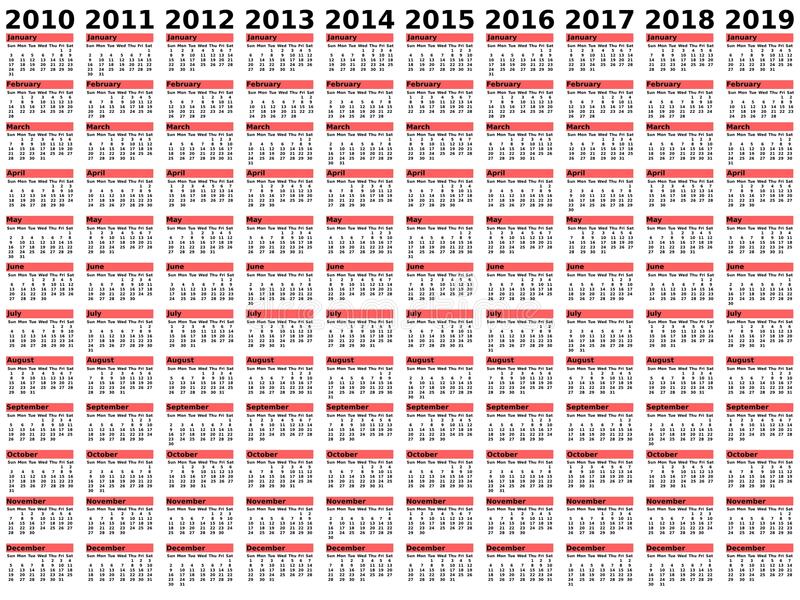 For most current high schoolers, the 2010’s can be described as the most influential and formative years of their lives. From celebrities and presidents, to memes and fashion trends, we take a nostalgic glance back at the things that made us who we are.

Apparently, the new decade was all about accessorizing. Lululemon headbands, hair feathers, and chokers were where it was at. Third grade girls could be seen adorned in these accessories as they hopped out of their mother’s SUVs (Bruno Mars blasting in the background) and made their way to class. Oh, and don’t forget about the side bangs and streaks of hair color in every other boy and girl’s hair. Or about the steamy third grade teacher who would walk into class with an unbuttoned shirt and a man bun. The young pupils could care less, however, as they anxiously awaited the 3:00 o’clock bell, which signaled the beginning of their favorite show, Nickelodeon’s Victorious. The show’s commercial breaks meant a brief opt for an inferior: Disney’s Shake It Up. This would be short-lived, though, as fathers arrived home and insisted on changing the channel to President Obama’s Speech on Healthcare.

Next came the year of mini skirts, single-sleeve shirts, and knee-high Converse. This look was definitely special, but nothing in comparison to the magical and intricate outfits seen on the popular TV shows Game of Thrones and Once Upon a Time. If you think that outfit eccentricity levels stopped there, well, you definitely had something going for you. Kate Middleton’s elegant wedding dress (viewed by millions during her televised wedding to Prince William) and Party Rock Anthem’s LMFAO’s tight outfits made for fierce competition.

In oversized cardigans, high-waisted shorts, and balayage, the masses began to freak:  was the world really going to end as the Mayan Calendar predicted? Well, we’re still here (obviously), but the introduction of the music videos Gangnam Style and Starships might as well have signaled our demise because those were the only two songs played for the rest of the year. From the Super Bowl to Michael Phelps’s monumental six-medal win at the Olympics to the televised end-of-the-year and New Year’s event in New York City, these were the only two songs played. Seriously.

This was the year that we lost actor Paul Walker; political leader Nelson Mandela; and actor, singer, musician, Cory Monteith, known for his role as Finn Hudson on the hit TV series Glee. He was also the partner of the school’s most famous alum, Lea Michele. We also experienced the tragedy of the Boston marathon bombing. But there was also many good things that occurred. There was the birth of Prince George and the release of the music video, “What Does the Fox Say?” Popular shows that people became addicted to included Orange Is the New Black, Breaking Bad, House of Cards, Scandal, and Arrested Development. Candy Crush became the most addicting game played on mobile devices. And no one can forget the performance of “Blurred Lines” by Miley Cyrus dancing with Robin Thicke at the MTV video music awards. Cyrus also released her hit single, “Wrecking Ball.” The word “selfie” was added to the Oxford English Dictionary. Sadly, Kris and Bruce Jenner announced their separation.

The year of the ebola outbreak was an unforgettable year. This deadly virus was contained in Guinea, Sierra Leone, and Liberia. We also lost legends like Robin Williams and Joan Rivers. Gay marriage became legal in 14 more states, we reached a global agreement on climate change, and a bunch of states voted to increase their minimum wages. “All About That Bass,” “Stay With Me,” “Shake it Off,” “Maps,” and “Break Free” made the top hit lists of this year. Let’s not forget Malaysia Airlines Flight 370 that went missing—officials were never able to locate any remains of the plane. The popular ice bucket challenge reached its height early this year. The challenge involved dumping a bucket of ice water over someone’s head to promote awareness of the disease ASL (amyotrophic lateral sclerosis) and raise donations for research. Videos of people doing these challenges were posted on people’s social media platforms.

In 2015, Bruce Jenner transitioned into Caitlyn Jenner, advocacy for same-sex marriage grew, and fashion trends such as chokers, dress shirts, and eccentric hair colors were huge. The follow-up to Breaking Bad, Better Call Saul debuted. The Golden State Warriors came out of nowhere and began their dynasty when they beat the Cleveland Cavaliers. The Patriots upset the Seahawks on the infamous play where the Seahawks threw an interception instead of running the ball in. The United States Women’s Soccer team had a historic run, defeating Japan in the finals. Silento released “Watch Me Whip/Nae Nae,” and the dance became a viral sensation. “Netflix & Chill” became a meme, and water bottle flipping became a thing, annoying teachers everywhere.

Rap gained popularity in 2016 with Lil Uzi Vert, Panda, and Broccoli. How could we ever forget Harambe, the child-saving monkey?  Then there was Black Mirror, American Horror Story, and The Voice to distract us. The Cleveland Cavaliers beat the Golden State Warriors in the NBA Finals and the Broncos won the Super Bowl. Drake shined this year with his hit “One Dance.” The entire nation was on edge when we thought we were hacked by Russians and had Zika. Worst of all, Vine became extinct. In much bigger news, the election took place and Trump won, something Americans never actually thought would happen. Even Trump himself was confused at his win. After all, his campaign was based on lies, scandals, and illegal activities. Hillary Clinton also had her fair share of scandals involving her emails. People vilified the election by accusing Russia of hacking it. Another shocking vote of 2016 was Brexit. But who knows if any of this actually happened with all the fake news surfacing on Facebook at the time?

Some might argue that the year started off badly, with Donald Trump being sworn in as the 45th president of the United States. The day after the inauguration 500,000 people took to the streets advocating for women’s rights and to protest Trump, but Trump only cared about the number of people in attendance at his inauguration. He then issued the 90-day Muslim ban, which triggered a colossal reaction. The “Unite the Right” rally in Charlottesville turned deadly when white supremacist James Alex Fields, Jr. purposely slammed his car into a crowd of protesters, killing Heather Heyer and injuring 19 others people. Protests blew up, including the #MeToo movement, with women finally speaking out against sexual assault. We also experienced a total solar eclipse, which we had not seen since 1918. We can all remember where we were when that occurred, looking through a doctored cereal box at a shrinking dot of light. A couple big inventions included fidget spinners, AirPods and Nintendo Switches. Kendrick Lamar’s album DAMN. dropped and immediately became a huge hit, winning tons of praise and awards. The year ended with Trump still counting heads in the Photoshopped images of inauguration.

This year, the drama did not stop unraveling. First, we saw Trump’s affair with Stormy Daniels come to light, but it was fake news. Something much worse was the gun violence that ravaged our country and support for stricter gun laws was in full force. Facebook really felt the heat after the whole Cambridge Analytica scandal, where it stole 50 million people’s data. Mark Zuckerberg went in front of Congress and dodged angry questions. But not all was bad. We saw the marriage of Prince Harry and Meghan Markle. Plus, comfortable mom jeans came back into style; no need to worry about fitting into your skinny jeans. The Eagles won the Super Bowl, beating the Patriots, to the consternation of New Englanders everywhere. But that might have been fake news, too.

The last year of the decade, kind of like the Friday of the week, everyone had given up and probably gone home to watch Rick and Morty. What brought down our spirits, though, was the fact that Kylie Jenner became the youngest woman billionaire at 21. Most of us were walking around in our chunky Fila sneakers listening to “Old Town Road” by Lil Nas X. In terms of politics, Trump really felt the heat. The first of which was when Robert Meuller submitted his report. Later in the year, Trump impeachment inquiries took place. But it was all fake news. At least we weren’t the U.K. They had their mess of Brexit. The same can be said for the massive Hong Kong protests and many other unrest all over the world. Let’s not forget about the unrest in our own country; about 50 students were found to have persuaded their way into universities in immoral ways. But there were happy times, too: the U.S Women’s won in World Cup soccer, Prince Harry and Meghan Markle had a baby, and Greta Thunberg sailed across the Atlantic to fight against climate change. But like all Fridays, we have the weekend to look forward to. Let us take this weekend to look back on the decade.