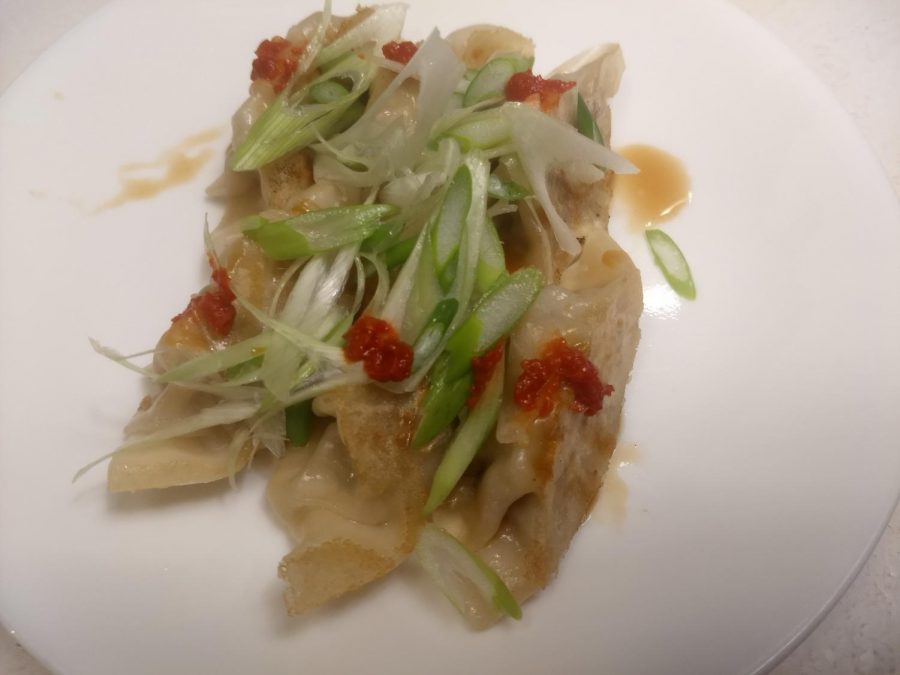 Japanese dumplings, also known as gyoza, are one of my favorite foods to eat. They are as fun to make as they are fun to eat, and they are relatively easy to cook. Most of the ingredients you need are found at home, but if you don’t have them, I recommend going to a local Asian supermarket. They are great for parties and side dishes.

Half pound of minced pork

A tablespoon of oyster sauce

One bunch of chives

One bunch of green scallions

Cut chives, scallions, and shiitake mushrooms
Microwave cabbage for 2-3 minutes or until soft
Cut the cabbage into small pieces
Squeeze water out of the cabbage using a paper towel and let it cool
Add the cabbage into a bowl along with minced pork, grated ginger, garlic, sake, mirin, soy sauce, oyster sauce, potato starch, sesame oil, and chopped chives and scallions
Mix until well incorporated

At this point, you may choose to eat the dumplings right away. However, this sauce is worth the extra wait (or you can just make it beforehand).
Mix, soy sauce, rice vinegar, pepper flakes, sugar, and sesame oil. Since this sauce is really up to your taste, put as much of each ingredient you want. I usually add a tablespoon of soy sauce and rice vinegar along with a teaspoon of sesame oil, sugar, and pepper flakes.

You can enjoy the dumplings as is, or you can garnish it with chili paste and green onions. 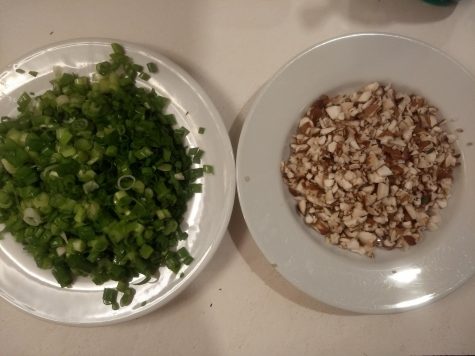 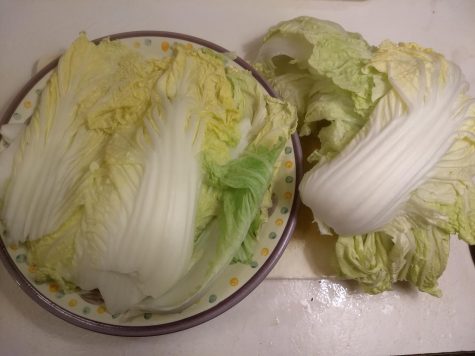 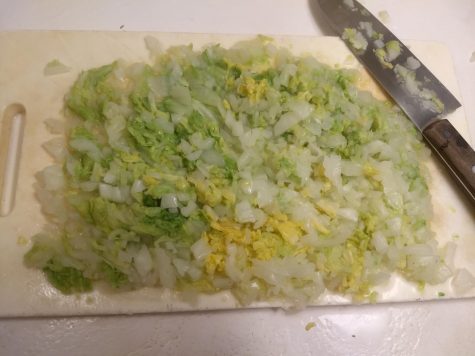 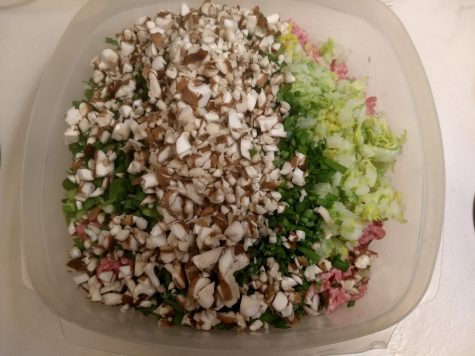 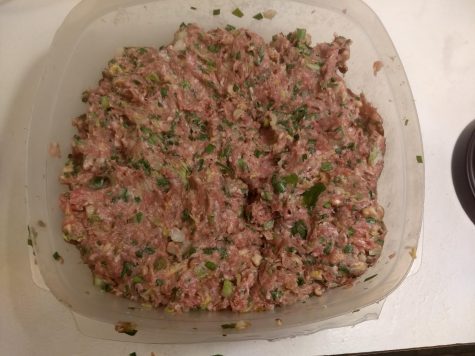 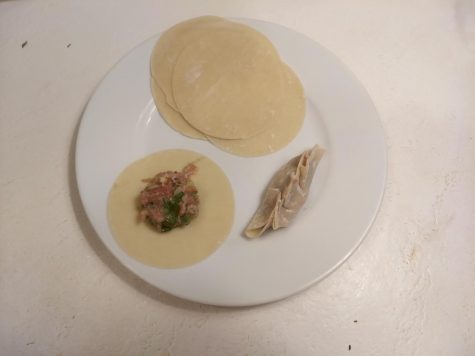 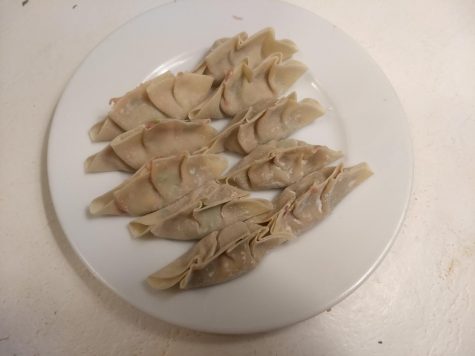 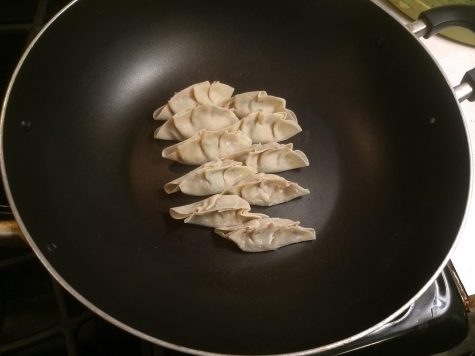 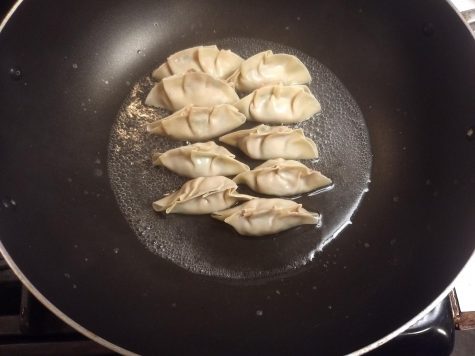 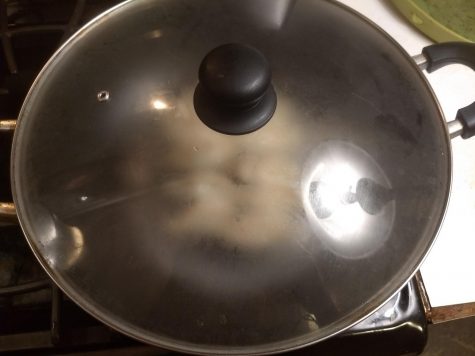 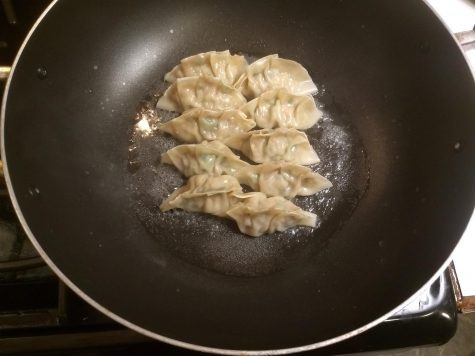 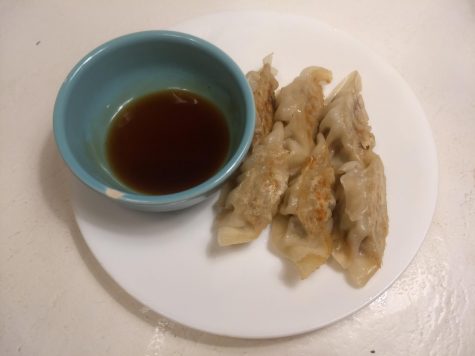 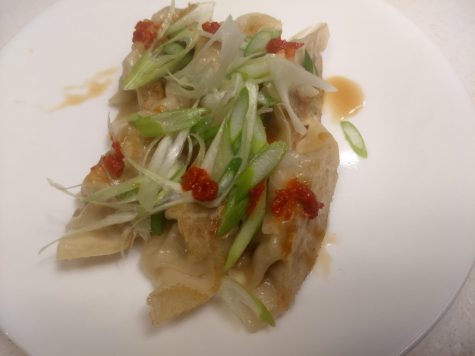