“YOU” Season Two Recap: Part One 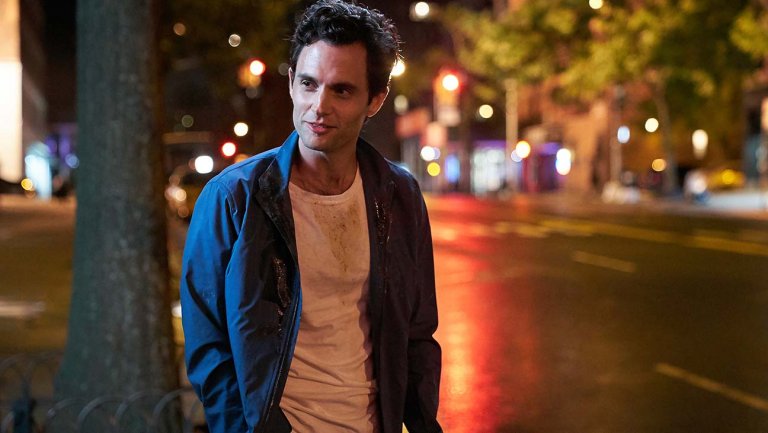 After an exhilarating first season, many fans doubted whether or not the second season of YOU could live up to the first. The former ended on a cliffhanger, with Joe’s ex-girlfriend Candace confronting him in his bookstore. In this season, Joe is now going by “Will,” and is living in L.A. Here is an episode-by-episode recap of the first half of YOU season Two.

Episode One: A Fresh Start:

We find out that Joe moved to L.A., after his ex-girlfriend Candace suspects him of killing Beck. She had confronted him in New York, and Joe escaped. He went to L.A. because Candace knew he hated that city the most and he played some reverse psychology on her. At his new apartment complex, he meets the owner Delilah and her younger sister Ellie, who both find Joe to be strange. He has changed his name to “Will Bettelheim” and found a job at a grocery store called Anavarin. It is there where he meets his next love interest, whose name is curiously “Love.” Throughout the episode, we get a nice introduction to L.A. and it really feels as if Joe is safe from his past entirely. He seems as if he’s a changed man, until it is revealed that he is hiding the real Will Bettelheim in a storage garage. The episode ends with an ominous tone, and leaves the audience wanting to watch more.

The start of this episode gives a flashback to when Joe first met Will. Will had been offering to make him a fake passport and ID under a fake name, but he said that the process would take extremely long. Having no time to spare, Joe kidnaps him, and takes his identity for himself. With that being said, Will is revealed to be in heavy debt to somebody named Jasper, who tried to find Joe (going by Will) at his apartment earlier. Will told Joe he owed Jasper $3,000, and Joe quickly got the money and met Jasper outside of Anavarin. He gives Jasper the money, but it turns out he actually owes Jasper $50K. Jasper cuts off Joe’s finger, and he has to go around looking for money. Will tells Joe that a man named Rufus owes him, and Joe searches for him. It turns out that Rufus only owed Will drugs, and Jasper goes to the storage locker to meet Joe. Joe reveals that he is not actually Will, but Jasper only cares about the money and tries to kill Joe. Joe retaliates and kills him, ending this threat, but giving Joe more self-doubt about himself.

Episode Three: What Are Friends For?

With Jasper out of the way, Joe has more time for Love. They decide to stay friends for now as Joe tries to get his feelings for Beck out of his head, and Joe decides to become a friend of Love’s twin brother named Forty. Forty takes Joe to a comedy show, whose special guest is a celebrity comedian named Henderson. Henderson seems like a cool guy, until Joe spots Ellie—who is a minor—spending time with Henderson at his after-party. Joe has a heart to heart with Ellie later on to make sure she’s alright, and Joe remains suspicious of Henderson. Later, Love and Joe get into an argument, because Joe was showing her mixed signs. Joe decides to cool off, and he investigates Henderson at a party. Forty, who’s desperate to pitch his idea of a movie to Henderson, sneaks his way into the party with Joe. After pitching his idea to Henderson’s agent, she rejects it and Forty goes on a drunken rant about his idea. Joe tries to get him to leave, but he’s unable to until Henderson grants Forty the opportunity to show him his idea. Henderson ends the party for Forty’s sake, and Joe thinks Henderson may be innocent after all.

Episode Four: The Good, the Bad, & the Hendy.

Joe and Love rekindle their relationship after Joe took care of a drunken Forty the night before. After an encounter with Delilah—who told Joe that Henderson previously took advantage of her—Joe decides to reinvestigate Henderson. He has Will hack Henderson’s security, and during his search he finds photos of knocked out minors that were undressed. He delivers them to Delilah to report Henderson, but because Henderson isn’t in those photos, he cannot get thrown in jail. Things get worrisome when Joe sees Ellie go with Henderson, and he is determined to stop her from making the same mistake Delilah made. Joe sneaks into Henderson’s house as Ellie tries pitching a screenplay to Henderson. Henderson asks to get her a drink and she accepts, but Joe sees Henderson spike her drink. Joe then creates a distraction so he can spike Henderson’s drink as well. After knocking him out, he takes him into a sound-proof room. He attempts to record Henderson admitting to his crimes, but Henderson resists. He breaks free of his bonds and tries to escape, but Joe grabs him and tosses him down the stairs. He hits his head and dies, leaving Joe distraught. Joe then goes to see Will and, in an attempt to change his sadistic ways, Joe frees him. At the end of the episode Forty introduces his new girlfriend Amy to Love.

Love’s parents are celebrating their anniversary by renewing their vows and they call it the “Wellkend.” It’s at the Wellkend where Joe meets Amy, who turns out to be Candace. Tensions between Candace and Joe flare as we see flashbacks of how Candace tried ending things with Joe. It turns out that Joe actually kidnapped her and buried her alive! She reported it to the police after escaping, but there wasn’t any evidence to convict anyone, so she fled to Italy. Meanwhile, cops come to ask Ellie questions since she was the last known person to have been at Henderson’s home. Delilah protects her sister from getting interrogated, so Ellie is safe for now. During the vow renewal ceremony everything seems to be going well until Forty shows up. He’s under the influence and interrupts the serenity of the ceremony. Love’s parents blame her for the incident and Love’s mother hits her in front of Joe. Later that night, Joe talks with Candace and tries to convince her that he’s changed but to no avail. Joe is unsure of what to do with Candace and fears that she could end his relationship with Love.