The Tiger Q and The War Against Card Playing 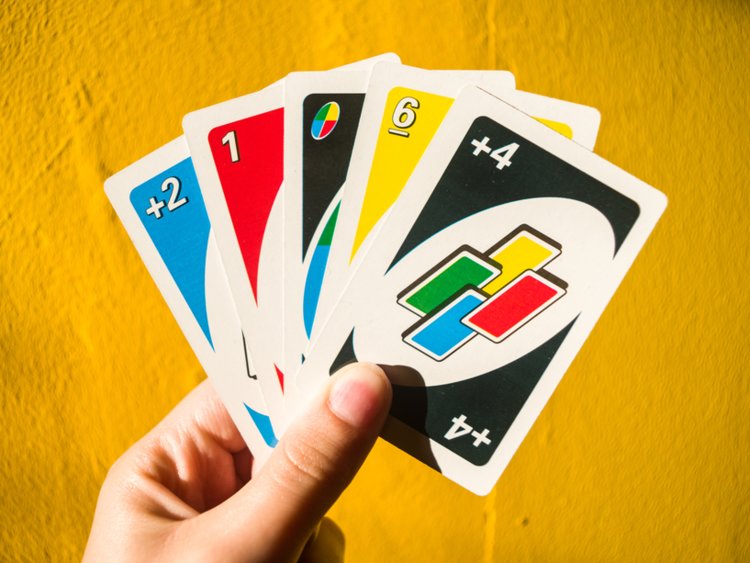 Take a moment to think about your favorite card game. What do you like about it? Is it the element of strategy? The need to balance risk and reward? The fond memories attached to it of an ever-fleeting childhood that you still struggle to cope with to this very day? Can you see the colorful cards? Can you feel the cool flick of the deck? Hear the satisfying click of the cardboard case opening? Now imagine playing it. Visualize the reactions of friends as you put down combinations of cards, racking up points. Imagine the laughter and suspense, palpable as you work through the deck you wish would never run out of cards. Finally, imagine being suspended for playing it.

At Tenafly High School, there exists an unspoken war incessantly being fought by members of the student body. It’s not the stress of schoolwork or burden of studying. No, this war is more emotional, more far-reaching, more devastating. This fierce war surrounds the policy within the newest edition of the Tiger Q that explicitly states suspension as a consequence for, you guessed, it “card playing,” an offense mentioned not once, but twice in the hallowed scriptures that make up the Tiger Q.

The Q reads, “Behaviors/incidents which may warrant a suspension include, but are not limited to: 1. Continued and willful disobedience; 2. Open defiance of the authority of any teacher or person having authority over a student… 13. use of any tobacco product on school property… 19. Misusing and or vandalizing technological equipment, including computers; 20. card playing.”

20th on a 23 rule list, ranked above “opening or propping exterior school building doors to allow unauthorized entry” as well as “violation of the basic rights as listed under ‘Student Rights and Responsibilities,’ any behavior/incident as determined by the Principal, Vice Principal, or Supervisor of Students,” it’s clear to see that the school’s stand on card playing is not one to be taken lightly. Additionally, card playing is mentioned as a no-no within cafeteria conduct, the guide reading, “Running, shouting, card playing, horseplay and throwing of food or other objects are prohibited,” Once again, the school’s stance against the art of card playing stands as resolute.

Curious as to whether this rule is a novel development in the constantly evolving Tiger Q, I searched rigorously through the 2017-2018 edition, only to find that the war waged against card playing is far from new, the same rules prohibiting card-fueled enjoyment etched verbatim into the honored PDF of two year’s past.

If this rule is being made newly aware to you, as it was to me when my friend Jake Friedman stumbled upon it when searching for a rule prohibiting my donning of a hood in the halls after being asked to take mine off when I entered the school, it may come as a shock. As I pointed out the anti-card statements to rule-abiding students, they responded in disbelief.

“I can’t imagine a world without UNO. It is [the] pineapple to my pizza. My life just wouldn’t be the same without it. When people talk about how nice it feels to ace a test, I ask, ‘Have you ever slapped down a +4 UNO card?’ At lunch, I won’t be able to talk about strategies for the Sunrise UNO Competition with my buddy John Aljian. I am horribly devastated to hear that this rule is being implemented,” lamented Thomas Lederer (‘21).

“I love playing cards in school and out, but, with this rule in mind, it’s just not worth a possible suspension,” said Edward Kim (‘21).

“Gin rummy is my bread and butter. It is the very life source of my existence. Gin rummy is a game that fills the aching void in my heart for card-based fun. When I discovered this rule, I was crestfallen and completely and utterly heartbroken, ripped to shreds in the wake of anti-card legislature,” said Jake Friedman (‘21).

Card playing is a favorite pastime and honored tradition. Playing cards have existed for centuries, since their invention during the 9th century Tang Dynasty, and it’s disappointing that such a beloved tradition is barred from student enjoyment at Tenafly High School. Luckily, while the rule is well-established, few students know about the possible consequences if caught playing, say, Monopoly or Apples to Apples in the halls or over lunch. It’s rare to walk down the halls without seeing a gaggle of students playing Go Fish or Canasta, so next time you do, give them a heads-up of possible consequences that may arise as a result of  their decision.

In all seriousness, the card playing rule likely targets gambling, a sensible, regardless of how dated, rule to enforce. However, when my friends and I stumbled upon this comically-worded stricture, I felt as though it was my duty to poke a little fun at word choice that could use some refreshing in next year’s Q.