The Chilling Reality of Netflix’s When They See Us 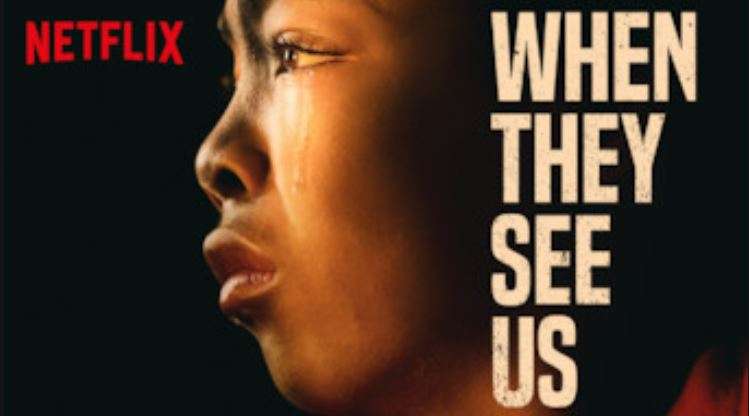 Five boys decided to join a group of friends in a get-together in Central Park on the night of April 19th, 1989. Little did they know that that night would lead to the greatest robbery the young teens would ever experience. Our criminal justice system would steal something priceless: years of the five young boys’ lives.

Around 9 pm that night, a group of approximately 30 boys arrived at Central Park from 110th Street and Fifth Avenue. The large group, later described to be a “wolf pack” by police, harassed joggers and pedestrians. They threw sticks and rocks, and they left a male jogger hospitalized for two days after an assault. There was no doubt that members of the “wolf pack” were guilty of assault, but they did just enough for a few innocent bystanders to be accused of a rape about which those bystanders had not a sliver of knowledge. Around the same time of the assaults, Patricia Meili entered the park through 84th Street and Fifth Avenue to jog her usual route. She was struck in the back of the head with a tree branch, dragged off of the main path, beaten and raped, and left to die. Meili was discovered hours later at around 1:30 am.

Having lost approximately 80% of her blood, she was near death when she was found. Spurred by public pressure, police instantly linked the crime to the smaller ones at the park that night. Kevin Richardson and Raymond Santana Jr., both just 14 years old, were taken to the Central Park precinct. First, they were just witnesses, but they would soon become suspects after law enforcement realized that their stories could be exploited.

At just 16, Korey Wise was the eldest of the five to be wrongfully convicted for the rape of Patricia Meili on that night of April 19th. He suffered from a learning disability and hearing loss, which the police viewed as assets for their plan to incriminate him. Detectives illegally interrogated each of the five boys without parental consent and promised them that they could go home after a taped confession. Sure enough, none of them did.

After a wrongful conviction by the jury, Yusef, Raymond, Kevin, Antron, and Korey were deprived of their teenage years and endured agonizing public shame before, during, and after their incarcerations.

The boys walked out of federal prison, one seven years later, while the others 14 years later, broken from scars that could never fully fade. Dreadful beatings, chilling threats, and living conditions no child should have to know are just a few of the many things that never left those boys, now men, who are otherwise known as the “Central Park 5.” The Netflix documentary, When They See Us, captures the way our criminal justice system betrayed the Central Park 5 that night and for the rest of their lives.

Thirteen years after the conviction, the now 31-year-old Matias Reyes confessed to the rape after a friendly encounter with Korey Wise at Auburn Prison in 2001. Reyes had been guilty of the sexual assault and murder of a young pregnant woman. The encounter with Wise prompted guilt in Reyes, leading him to confess. Korey Wise was exonerated in 2002 after the case was tried again, and DNA evidence linked Reyes to the crime.

On June 19th, 2014, a $41 million dollar lawsuit was settled against New York City on behalf of the Central Park 5. In 2016, an additional $3.6 million dollars were settled in a lawsuit against the state of New York. However, “no amount of money could have given us our time back,” Yusef Salaam explains in an interview with CBS Sunday Morning. Salaam describes the struggle of having to move on from the travesty that their imprisonment was. He recounts his frustration and expresses the guilt he still has for Korey’s 14-year sentence, while his was half of that.

Personally, I’d like to express my resentment for the way law enforcement acted. While years of the boys’ lives were stolen, a woman and possibly her child could have still been with us today if the case was properly examined. Matias Reyes would have been in jail years prior to her murder, and the boys would have gone on with their lives, worrying about their homework and not whether they would survive another day in prison. Although those years and the young woman’s life can never be replaced, our obligation as a society is to ensure that this breach of justice cannot and will not happen again.