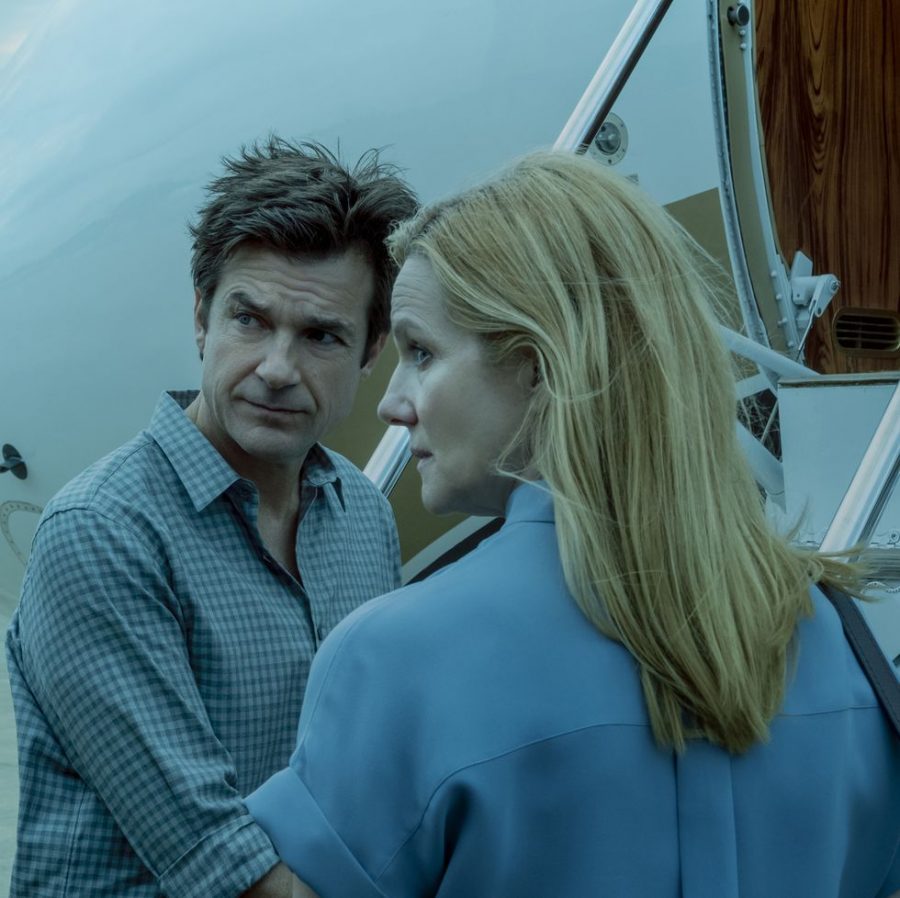 Stuck in our homes with nothing to do, most of us have probably been watching a lot of Netflix. We go into the category scroll that seems like it never ends to find something. There are many options, but there are sometimes too many, so things get overlooked. However, around the time when the pandemic began, a new season of a show was released. While rewatching Jim sell Dwight magic beans, there was a displayed promo for Season 3 of a show called Ozark. I knew about this show before, but it was new to my family. Since we watch gritty and TV-MA crime dramas as a family now, we decided to watch it. And boy, was it a real ride.

Ozark starts off in the city of Chicago with a financial advisor named Marty Byrde (Jason Bateman). At work he can’t stop watching a video that he has just uncovered of his wife Wendy (Laura Linney) cheating on him. In the midst of this, we learn that his job as a financial advisor is a front for what he really does. He actually launders money for a Mexican drug cartel. Shortly after, he finds out that his business partner Bruce (who was working with him to launder money) had been skimming money that they laundered. The cartel shortly found out, and they had Bruce and his girlfriend killed. In order to escape death, Marty proposes a strategy for contrition. He says he will relocate with his family to Ozark, Missouri because there are a lot of business opportunities on the shoreline that they can successfully launder money through and it’ll all look legal. There, they are pursued by FBI agents that are out to prove what they already know, and they encounter the troubled Langmore family. They also work with one member of the Langmores named Ruth (Julia Garner).

The show has a very slow burn. For me I didn’t know if I could get through the first episode, but I kept hearing everyone say, “Stick with it, it gets better.” That statement is so true. The series slowly lands its footing, and it isn’t terrible while it’s doing so. In fact, it’s pretty great as it’s getting even better. With Season 1, I realized towards the end that it might actually be worth it. With Season 2 the tensions were higher and the show was starting to stick a bit more, but with Season 3, I was blown away by how amazing it was. It really is true that if you stick with it, it’ll be worth your time.

The show features many pleasant surprises. First is Jason Bateman’s contribution. Not only did he completely surprise me by being a brilliant dramatic actor (he did more comedy movies and TV shows before this like Arrested Development and Horrible Bosses), but I absolutely loved it when he directed some of the episodes. Even though he’s more of an actor, his directing style was phenomenal. As an aspiring director, his use of tracking shots (shots that follow a person walking) and his overall scene coverage is incredible. It takes the show from great to very entertaining.

Among these surprises, I actually loved Ruth. I thought I would hate her in the beginning, but my mom predicted that she would grow on us and she sure did. Every line that comes out of her mouth is absolute gold. Her character development throughout the whole show is golden, and Julia Garner does an awesome job bringing her to life.  She actually ended up being my favorite character from the whole show.

Another great performer is Laura Linney. She has grown her character from the ground up, and she has proved to be an award-worthy actress. All the praise she gets for this show is completely well-deserved. The spotlight slowly moves towards her performance throughout the show.

I know I’ve been talking a lot about this show, but I can’t stop until I mention the phenomenal third season. The first two seasons were their own sort of genre, but Season 3 joins the ranks of several brilliant crime shows. It excels with tying into the past seasons and keeping the same flair, as well as backing it up with an overall meaningful story that has an insightful message about the Byrdes.

I would probably be lying if I said I didn’t like the show. It’s a show like Narcos and Breaking Bad, but it embraces the Southern environment and feel of its setting. It’s an enjoyable show that has never made crime seem so cool. In fact, it’s so good that it’ll easily make you hate the FBI.