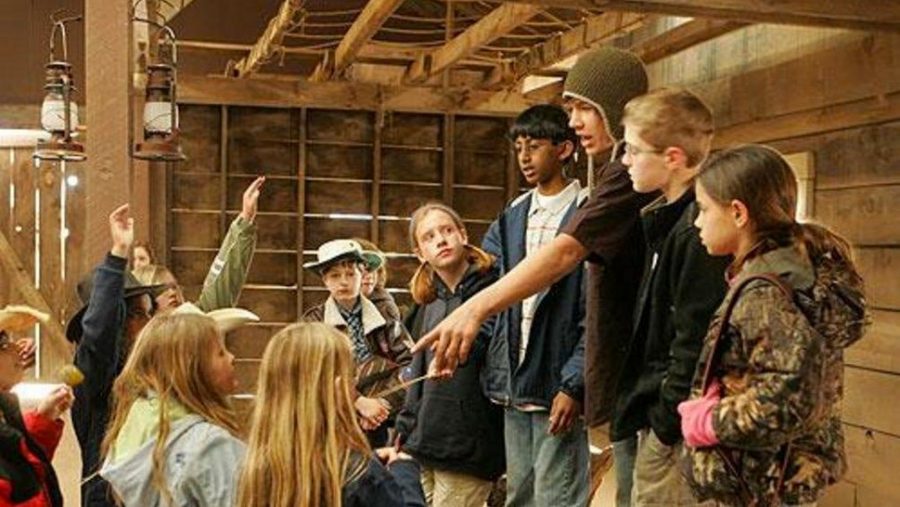 So I’m sure that your answer to this question is no. That’s mainly because CBS aired it thirteen years ago, and both it and the host of the show, Johnathan Karsh, tried to bury it very deep into the ground. Now, it has been resurfacing lately and everyone has been realizing that this show probably should’ve been illegal. You think of all the reality TV shows or just the regular shows in general that never got greenlighted, but this thing got a full season before it was cancelled and suffered a number of lawsuits that followed.

This is not a review of the show because CBS buried it so deep that the only way you can find it is from the actual kids who were on the show, some of whom leaked clips online. The show had 40 real kids who were placed in the middle of nowhere (an actual desert in New Mexico) and were tasked to form their own society in an old, run-down city known as Bonanza City. Also, one thing that I forgot to mention: they were here with no parents. I am not making this show up; this was a real reality show. They had to cook their own food, do their own work, find a way to bring running water to the village, and play games to determine their place in child feudalism. I say child feudalism because the result of the games determined how much money they had or what their jobs were. It wasn’t just like fun little jobs, but you would practically be a peasant if you did horribly. All these kids were also led by four peer leaders and sometimes a “$22,000” star was given to the best kid. I put $22,000 in quotes because it has been shown that the shiny looking star might’ve just been a simple paperweight.

There were many strange things that took place for the duration of the show. Many were just with the kids who made the show real. One girl named Taylor became the hate of the show. For the single season that the show aired, she acted incredibly bratty and has been collecting a lot of hate from people who have rewatched the show today. Another kid named Jared has picked up a lot of recognition. And it wasn’t because he said the lines, “We sped up the natural cycle of life and gave these suckers a short cut” while casually holding a decapitated chicken in his hand. There has been a lot of speculation about the time he said, “This has been the worst day in three years.” The internet has been desperate to find exactly what happened three years before then. What could’ve possibly been so bad that it could be compared to being separated from your parents and forced to participate in a Lord of the Flies-like situation? It may be one of the biggest mysteries of the world.

Then there are the lawsuits that followed. When you put a bunch of kids in the middle of nowhere without a lot of adult supervision, there’s bound to be lawsuits. It was even said that this was more traumatizing for kids than The Hunger Games. Yes,it was said to be more traumatizing than a game with kids who are forced to murder each other until one child is left standing. One of the biggest lawsuits was with an unaired bleach accident. Apparently, kids didn’t have enough soap or there was an urge to clean faster because they started cleaning the dishes with bleach. Normally, if somehow adults use bleach to clean something like a dish, they are careful to make sure it’s completely cleaned out. However, these were kids that were 15 at the oldest.

What ended up happening was that they didn’t wash all the bleach out, so they ended up drinking bleach. In another incident, one girl tried to drink a soda but the bleach container looked a lot like the soda container, so she ended up drinking a whole glass of bleach.  These seem pretty bad, but it’s nothing compared to the waiver that the parents had to sign. I can’t put the whole thing in, but it basically states, “We are not responsible if your child comes into harm, injury, death, or if they even begin a relationship with another child.” That’s right—CBS knew that there was a chance these kids could be at risk of death so they made the parents say they could not be sued for it. Also, the cameraman would only interfere to cause even more drama.

Also, there have been a number of statements about the show from the kids themselves. There was a Q&A with two members in February who said it was okay. They also happen to have the weekly gold star prize. A very old Reddit post featured the once 15-year-old Michael who sent out an “ask me anything” for things about his experience about the show. He was not too happy and did not give the show high praise at all. There was also a video made by a participant named Sophia, who shared many stories from the show and said that some of the cast has remained close to this day. Then there was one big interview with the youngest, Jimmy. Now, I have to mention that Jimmy was the first person to leave, and he probably had the worst time out of everyone. He explained his horrible experience that he one time sat alone and cried and then a cameraman found him and asked if he could film him crying.

So this show really did get buried. It was amazing how CBS got away with this, but they have been trying to bury this show for thirteen years now. If it was up to them, they’d probably burn every copy of the Kid Nation DVD. All I can hope is that all these kids have not just had a hard time since the show aired. I can’t hope that this whole experience would be fixed, but I can at least hope that these kids are doing okay now.