Fleabag: A Hilarious and Raunchy Thrillride 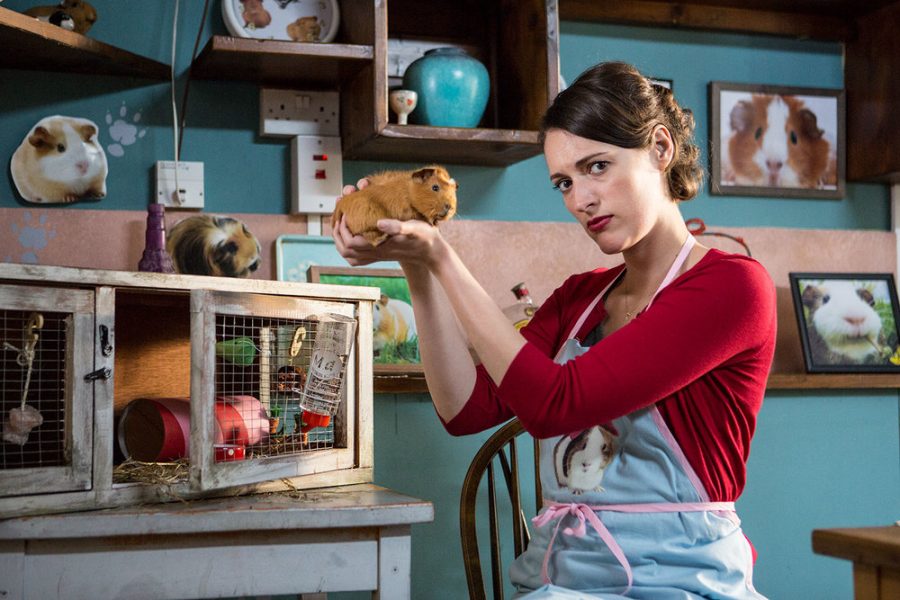 You know that feeling when you were in elementary school and you heard a crashing noise in the living room downstairs at 10:00 at night so you go out of your room quietly, took very quiet steps, ventured downstairs as quietly as you could, and then waited till the coast was clear. And then you watched to see what adult show your parents were watching like you’d forgotten that you have to watch out for them. I hope I’m not the only one who’s done this, but I feel like pretty soon, there’ll be kids walking downstairs to catch their parents binging Fleabag. It is definitely the type of show that most adults could easily eat up, and I absolutely love it. The only reason I mention how kids watch these types of shows behind a wall at night is because this is the kind of show that will give parents a very hard time explaining to their kids what they just saw.

Fleabag follows a woman who we only know as Fleabag (Phoebe Waller Bridge). She is a woman who is addicted to sex and is completely out of control. She regularly attends feminist meetings with her wealthy sister Claire (Sian Clifford) that they are sent to by their bereaved father (Bill Paterson). While she navigates asking for money from her family for her cafe, we see that she is also recovering from severe trauma. Her best friend, who co-owned the café with her, learned that she was being cheated on and then killed herself. Fleabag tries to desperately escape this trauma through incredibly unhealthy behavior and forces everyone to put up with her.

I know the description of this British show sounds incredibly dark, but it’s actually hysterical. Seriously, it’s wickedly funny. The star of the show, Phoebe Waller Bridge, is a comedic genius. On top of starring in the show, she also wrote the entire thing. I tried to see if there were any other writers, but according to IMDB, she wrote the whole show alone without any other writer. She also constantly talks to the camera and gives glares to the audience at many different occasions, in my opinion, dealing even funnier breaks in the fourth wall than Deadpool. I didn’t think that was possible.

The writing is also incredible. It’s funny, witty, awkward, and serious when it needs to be. It clearly knows the subject matter it’s dealing with. While you laugh at Fleabag in the beginning, you begin to feel for her as you really start to see what she’s going through. It’s not some completely unbalanced show in which they can’t decide on comedy or drama at all. It is a dramedy, but the levels of both comedy and drama are perfectly balanced.

On top of finding it hard to say anything critical about this show other than the fact that it is only 12 episodes, I can’t find any actor that didn’t live up to his or her role in the show. Even the stepmother (Olivia Colman) was a mean and very passive-aggressive character and I remember my sister constantly kept saying, “I hate this woman.” I then said to her, “I know, but she is so good at making you hate her.” Even the side characters that are only in one or two episodes, like Claire’s perverted stepson who doesn’t even show his face in the first season, do an incredible job with great material.

Even though I would’ve wanted more, I find that the final episode of each season feels like it was its own wonderfully made series finale. You could put a pin at the end of each season and it would feel complete. I also found that I was sad to see Fleabag look at the camera one last time. I can’t believe I did, but I waved at the TV screen. You just connect with this show so much in just 12 episodes.

Parents should definitely not show this to their kids, but I’m sure that high schoolers can handle it even though it’s not the best idea to show it to  younger siblings. It deserves the acclaim thrown its way and Phoebe Waller Bridge is absolutely hilarious. She is already on the road to becoming a modern comedy legend.