Far From the End: How Teens Are Advocating for Racial Justice 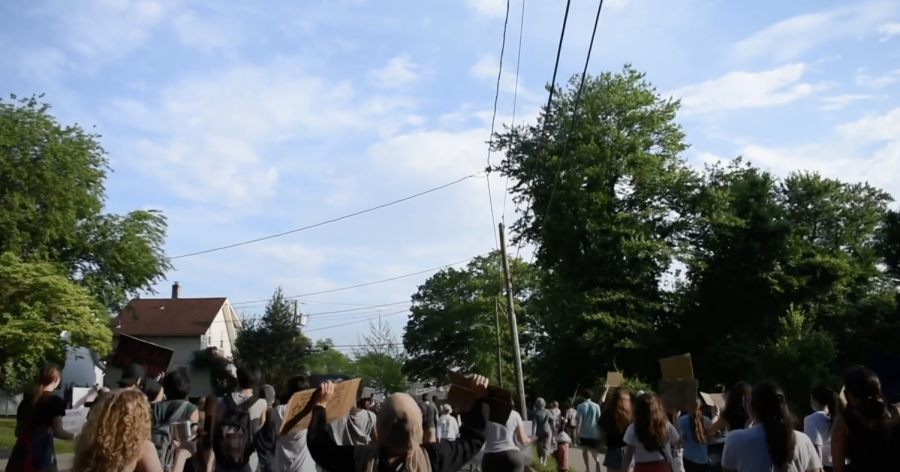 In June 2020, the murder of George Floyd set off a chain of events. People from all around the globe have protested, Instagram has been flooded with pictures of black squares, and links to Black Lives Matter resources are still circulating on every social media platform. But one unexpected group of advocates has been leading the front lines––teens. We aren’t old enough to vote and many adults think our brains are rotting away from hours spent on the screen, but people underestimate the impact teens can have on issues that need to be changed. Amidst the coronavirus pandemic, teens have been going out to protest and have created social media accounts to reveal the racial discrimination they encountered at school. The mantra “I can’t breathe” and the feeling of suffocation is a metaphorical way many students of color are using to describe their experiences attending predominantly white schools.

Dozens of “Black At” Instagram accounts reveal what it feels like to be black at their schools. In Marion, Massachusetts, “Black At Tabor” was first created by Yasmin Madmoune, a Tabor Academy alumna. Madmoune revealed how the prestigious boarding school education came at a large cost. “My first week, a teacher came up to me and before even asking my name asked ‘so what sport did they recruit you for?’” Madmoune, along with other alumni, presented a list of demands to promote a safe and anti-racist learning environment on the Instagram page. Some demand to “make critical race studies a required class or require that all students take a course focused on race or racism, power, and privilege…each semester.” Other demands are to update the campus’ public analysis of culture and diversity; the most recent survey was conducted in 2013. Through these demands, change has been emerging. A spokesperson for Tabor Academy told ABC News that the school has started to act upon the concerns of students and alumni. They posted a response to the Instagram account on the school’s social media pages with “two letters to our entire Tabor community” as of June 11. These platforms amplify black voices, which has become especially crucial during this time. The accounts hope to shine a light on their stories of injustice and stir a change in the community.

Amongst the black squares, there has been a resurgence of call-out culture on social media. While “Black At” pages are a space for students of color to share their experiences, some accounts are dedicated to “exposing” certain people by calling them out on their racist behaviors.

Skai Jackson, an 18-year-old actress and activist, began to use her Twitter platform to expose racist behavior. Users would send her screenshots and videos of their friends and classmates being racist, along with personal information.

However, screenshots and video clips can be taken out of context, leaving a large margin of error. The Fire states, “The unfortunate reality is that those who engage in call-out culture are often indiscriminate in their choice of targets, heedless of the staggering consequences for the individuals involved.” When a video goes viral on Twitter, users don’t hesitate to trash the perpetrator’s social media pages. Oseas Garcia, a graduated senior from San Marcos High School, told NBC7 that his friend had their college admissions revoked as a result of a call-out. Cancel culture has been a huge topic up for debate in recent years. While some believe that exposing people ruins their future and their lives, others think it is necessary to educate people on wrongful behaviors and the importance of a digital footprint.

We marched from Stillman School to Huyler Park, chanting “no justice, no peace! no racist, police!”  There were a series of speakers from communities near us who brought up their own accounts of racism. Teens have been continuously proving that no matter what age you are, you have the capacity to stir change.

George Floyd’s death and new protests movements have shifted what social media looks like now. And these small, grass-roots efforts by teens are resulting in a forceful wave of activism on social media.

Check out the Tenafly Black Lives Matter video embedded above.