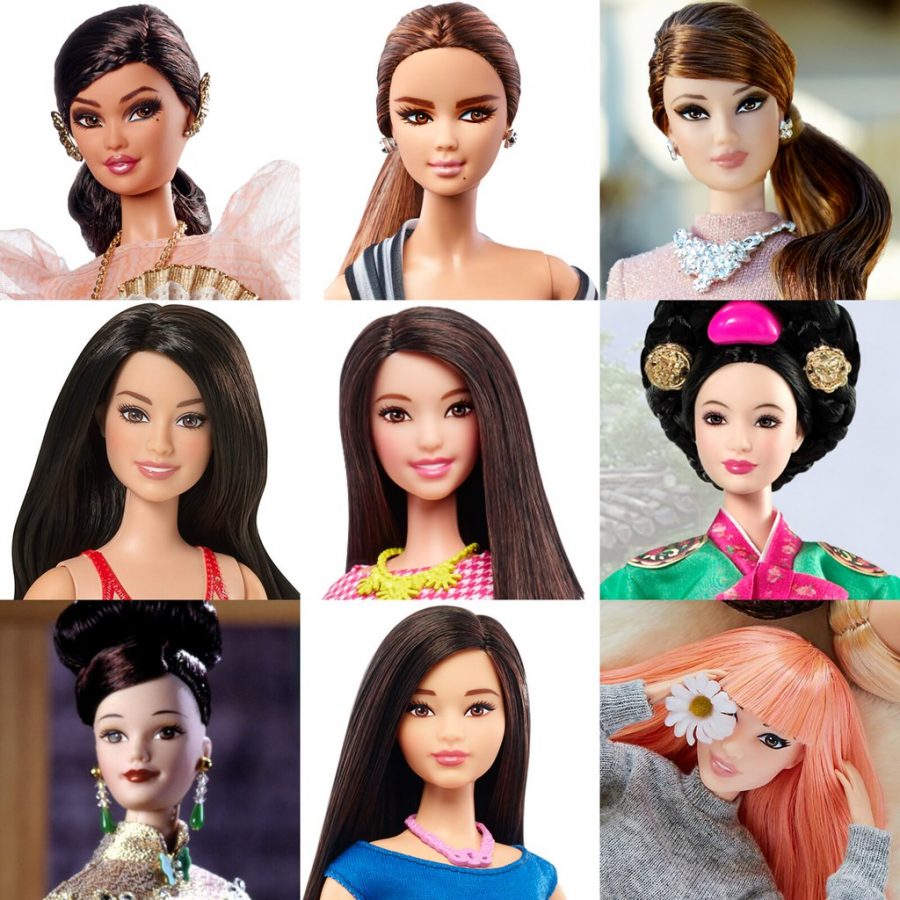 A boy directed the slanted eye gesture at me in the hallway. Can you even see from those eyes? Can that chink stop asking questions and just move on?

Incidents such as these burden my memory after coming to know that I looked and acted differently from many of my classmates. No, these did not come from some far-off land: these are moments from school here in Tenafly.

I’ve always wanted double eyelids. Since elementary school, my parents were set on giving me double eyelid surgery at the end of senior year. It wasn’t just my parents that wanted it for me; it was also my relatives and grandparents who always reminded me to open my eyes wider to look prettier, of course. I looked into eyelid tapes and other ways of giving myself temporary double eyelids, but my mom forbade me from purchasing any items out of fear that my skin would get loose by surgery time. Of all my monolid friends, every one of them wished they had double eyelids.

Ever heard of the fox-eye trend? This makeup trend has been popularized recently with social media influencers like Bella Hadid, Kendall Jenner, and Emma Chamberlain. They pull back at their temples to achieve a more elongated eye shape slanting upwards. To them, it’s trendy, different, exotic. “But when these exact features are on an Asian, it’s funny and something to mock them about,” said 15-year-old Esther Park. The pose that had been long used to poke fun at east-Asian features has suddenly become a trend, our eyes appropriated for an aesthetic.

Cultural appropriation, according to The Cambridge Dictionary, is “the act of taking or using things from a culture that is not your own, especially without showing that you understand or respect this culture.” It’s not an issue specific to African or Native American culture. But people who appropriate Asian culture just don’t seem to receive enough backlash. Asian cultural appropriation manifests in several different arenas: in pop culture, fashion, and sports, to list a few. When makeup artist Nikita Dragun wore box braids, she received an immense amount of backlash for appropriating African culture. But when American rapper Saweetie sexualized the ao dai—traditional Vietnamese clothing—and wore it to the 2019 Billboard Music Awards, she was praised for “paying homage” to other cultures. Kacey Musgraves also wore a sexualized rendition of the ao dai paired with a maang tikka, a traditional Indian headpiece. She had cherry-picked these pieces purely for aesthetic purposes, disregarding the cultural and historical significance behind them. While white appropriators receive admiration for their sense of “fashion,” BIPOC (Black, Indigenous and People of Color) get discriminated against for wearing the same thing.

Fashion brands like Forever 21, Urban Outfitters, and Princess Polly have been selling sexualized versions of traditional Asian clothing. Zara and Topshop, popular retail brands, don’t even try to be discreet about it by labeling tight bodysuits and mini dresses as Oriental. Asian-themed prom dresses are on the market as well. An incident of a non-Asian teenager posing in a qipao received much backlash on Twitter. “My culture is NOT your goddamn prom dress,” wrote a Twitter user. If Kim Kardashian’s cornrows or the innumerable Native American headdresses at Coachella can stir an uproar, then why isn’t it the same for Asian cultural appropriation? “No one has ever taken Asian cultural appropriation seriously and I’m tired [of it]. Stop with the chopsticks in ur hair. Stop buying Chinese traditional dresses sexualized off Shein, Fashion Nova, etc. Stop wearing [the] ao dai as a sexy mini dress. Please stop it,” reads one comment on Instagram.

But Asian racism doesn’t end there. What do Megan Thee Stallion, Migos, and Jay-Z have in common? Yes, they have all landed songs on Billboard’s Hot 100. But they have also all referred to Asians in a negative way or used Asian slurs in their songs. They’re among the countless artists our generation looks up to as the influencers of rap. In “Rerock” by Lil Shun The Goat—a popular song that appeared on TikTok—he raps, “Eyes look Asian, Ling Ling.” This is accompanied by a dance that pulls the eyes back. The song sparked controversy among Asians, as the artist who wrote this song wasn’t Asian himself. However, many users claimed that this wasn’t a big deal, that we’re snowflakes for getting hurt over a simple lyric. “No one was offended by it until someone told you to be offended by it,” commented TikTok star @zsmitty.

Racism towards Asians often goes unnoticed, or is considered okay because we are viewed as the “model minority.” Asian Americans are perceived as well-educated and well-off, a shining example of overcoming ethnic discrimination. Let’s say a non-Black celebrity says, or even mouths the n-word. Their audience would be quick to call them out and cancel them, tarnishing their reputation for the rest of their career. Then how is it fair that when an artist releases a song playing into offensive Asian stereotypes, people try to defend him? “People don’t take us seriously when we talk about these things because there’s never been a huge stigma,” wrote @fortnite allnight on YouTube, reacting to the increased backlash Asians received after the coronavirus outbreak. “We don’t learn about Asian-American struggles as extensively as other ethnicities. I’ve never felt ‘accepted’ because of the way I look and how people choose to see me. I’m scared of going outside because of the violence. I’m scared of going back to school because people make fun of my eyes, my food, and they call me things that should not be said. I wasn’t born smart and so many of [us] as Asian Americans feel so pressured to meet that standard.”

There is often not a specific encounter but rather just the media that we consume confining us in a box of stereotypes. “I don’t necessarily think (personally) that I can describe a specific sole instance of racism that I’ve experienced. But I think that it’s more of a subtle accumulative thing,” wrote Jacqueline Kim (’23). “I had to be quiet, conservative, shy, smart. And I allowed those pre-selected traits to define who I was for years. I couldn’t say or do certain things that would be ‘out of the ordinary,’ in the case that it would make anyone ELSE uncomfortable.” Sanika Shanbhag (’23) also commented on her experiences: “At school, I’ve always felt the need to act a bit whitewashed, so that no one would judge me for anything. I stopped bringing leftover Indian food for lunch after people told me it smelled weird. I didn’t bring up anything about my culture, ever, even when we were discussing it in social studies. I tell people a completely incorrect pronunciation of my name so that no one butchers how it’s supposed to be said. Actually, I found out that lots of my Indian friends do that —[they would] have an American pronunciation and a correct pronunciation.” It’s unfortunate that Asian Americans are forced to conceal their native culture in fear of sticking out.

At such an impressionable age, I was told that I would be more liked by complying to Eurocentric beauty standards. So many of us have learned to distance ourselves from our culture, to bury our native language, and to avoid packing traditional foods for lunch because they’re foreign. We’re tired of being forced to stay quiet just because that’s how we’re portrayed in the media. Some people are lucky enough to be able to put things on and take them off: put on different features and take them off at the end of the day, put on different cultures and take them off like it’s nothing.

To those who are just uncovering the truth about Asian cultural appropriation and discrimination, thank you for taking the time to learn more about it. Though social media can perpetuate negative ideas, there are positives that come with it as well. Mia Davis commented on a YouTube video about growing up Asian-American: “[As] a Black Caribbean American, [I am] watching this [because] learning is important in order to debunk toxic stereotypes and be open minded to different upbringings and the struggles :).” It’s not your fault for not being exposed to the microaggressions and discrimination against Asians. I hope that we will all begin to recognize the indicators of cultural appropriation and speak out whenever we encounter it.

And to all my fellow Asian friends and readers, I’m with you. If no one told you yet, you all are amazing and beautiful; each of your diverse cultures are wonderful and accepted. Don’t let anyone take this from you because you are enough just as you are. I truly hope that Asian cultures receive the amount of respect they deserve—that we no longer have to be ashamed of our incredible cultures.