Back to The Movies: My Experience of Theater Reopenings 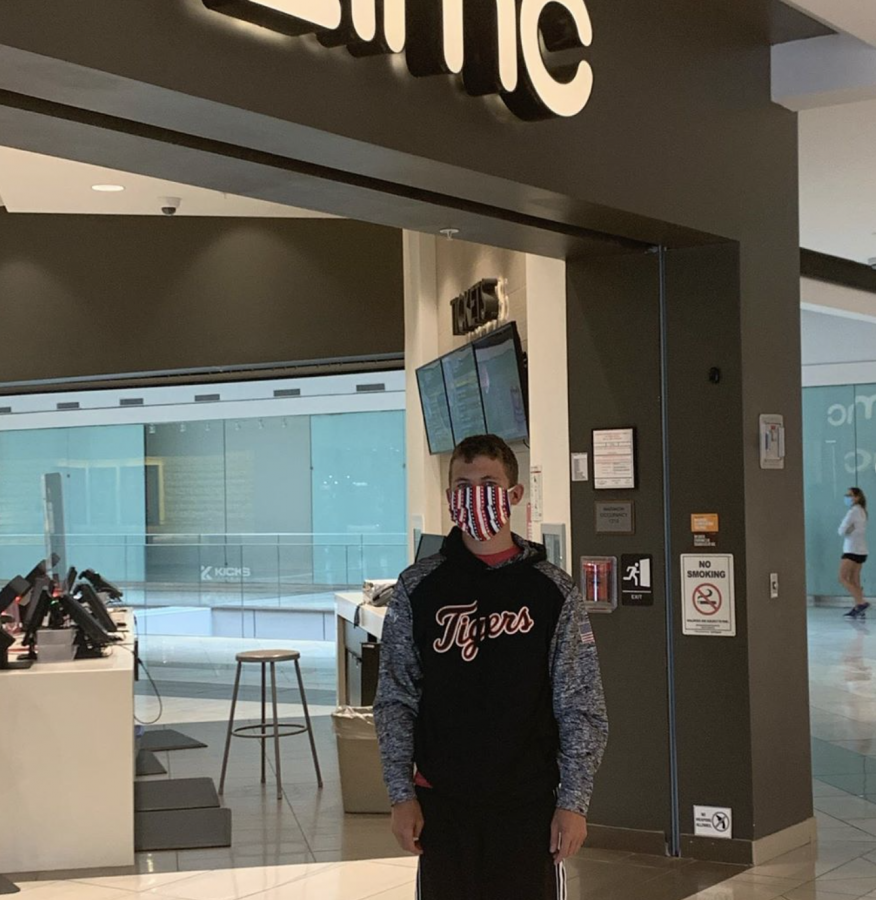 I have been upset for the past 7 months amidst this unprecedented pandemic. Starting from the predicted

2 week quarantine turning into months, the pandemic also took away one of my greatest joys: movie theaters.I was immediately dismayed when it was announced that movie theaters would be closing on March 16th. As I continuously checked the progression of COVID-19, I realized that the pandemic could take away a lot of my plans and I wouldn’t be shaken, but taking away theaters was a different story.  When a theater reopening plan was released in June,my heart swelled with joy, only to be  ripped out, torn in half, and shredded just like my ex-girlfriend had done. I slowly lost hope as I was forced to fact check my theater reopening article every day. Mulan was pushed to streaming, The French Dispatch was delayed indefinitely, Wonder Woman 1984 was pushed to Christmas, and the sequel to my all time favorite horror movie A Quiet Place was moved to April.  Despite all these postponements and cancellations, things took a turn for the better when Phil Murphy, New Jersey governor, finally issued an executive order to allow movie theaters to open on September 4th. Moreover, the timing was impeccable because Tenet was to be released on the Friday that theaters opened. My excitement was indescribable. On September 14th, I was finally able to return to a theater; here’s my experience.

At the Riverside AMC Dine-In Theater, where I went to go see Tenet, every employee confirmed to the precautions strictly, making my movie experience incredibly safe (which was perfect). You could only pay two different ways: either a credit/debit card or an AMC gift card. The concessions were still the same, but there’s a new policy on drinks. At most AMC theaters, you buy the cup and then fill the liquid yourself using a touch screen dispenser, but now they’ve amended that. After I tapped the screen like an idiot, not understanding the new policy, I realized that there was a QR code on the touch screen. Once you scan the QR code using your phone, you can go to a link that allows you to actually pour your drink. In addition, the person who rips your ticket is now in a glass case right next to the theater. The lobby was so empty that I left my ticket at the concession stand and not only was it still there, but the staff was able to point it out right away.

Inside the theater, it was practically empty. It wasn’t like you could start putting your feet on the other person’s seat cause no ones there but it was pretty empty. I was probably 12 feet away from the closest person in the row. In total there might’ve been 8-10 people in the theater including me inside a large AMC auditorium. And now that I’m almost done with the policies, yes, you have to wear a mask the whole time. You can take it off when you’re eating popcorn or enjoying a refreshing soda, but otherwise, it must stay on at all times. I brought breath mints into the theater because after suffering through my own breath in a 4 hour trip to North Carolina on two different flights. It honestly helps and having it on during the movie was not bad at all.

I would definitely encourage you to go to a movie theater showing if you are definitely not at risk and you’re willing to take the risk. Even though few people show up, they have a capacity reduced to no more than 40%. They also have no more cash transactions and the concession options have been limited so that some items that would require touch are not on the menu. Free refills are off for now which I wasn’t bummed about until I finished my lemonade too quick.

Going to a theater now felt like going to an airport now only it was a lot less terrifying and more people kept their masks on. Because studios are not confident about the release day success of films playing in America, some obscure films are being released. Tenet is probably the biggest new movie to be available now and I’d definitely recommend it. Still, since it’s now regarded as a failure in the US, we’re not gonna get big new releases for a while. I was counting on Dune but then my heart was broken last week as it was delayed to next October along with The Batman being delayed to March 2022. Then I was getting ready for Disney Pixar’s Soul on November 25th but of course, it was moved to December 25th for only a Disney plus release. However, I’m still unironically hyped for Freaky (the film where Vince Vaughn plays a killer who switches bodies with a teenage girl).

So all and all, this was a terrific experience. I love movie theaters and I will continue to try to watch any movie on the big screen. I don’t want to encourage you to go out and watch a movie if you feel uncomfortable or unsafe doing so, but I had a great time and AMC is taking various measures to ensure the sanitization of its theaters. I want people to be safe but I’m also very happy to see theaters open again.