Emily in Paris: A Glitzy View of the Parisian Aesthetic 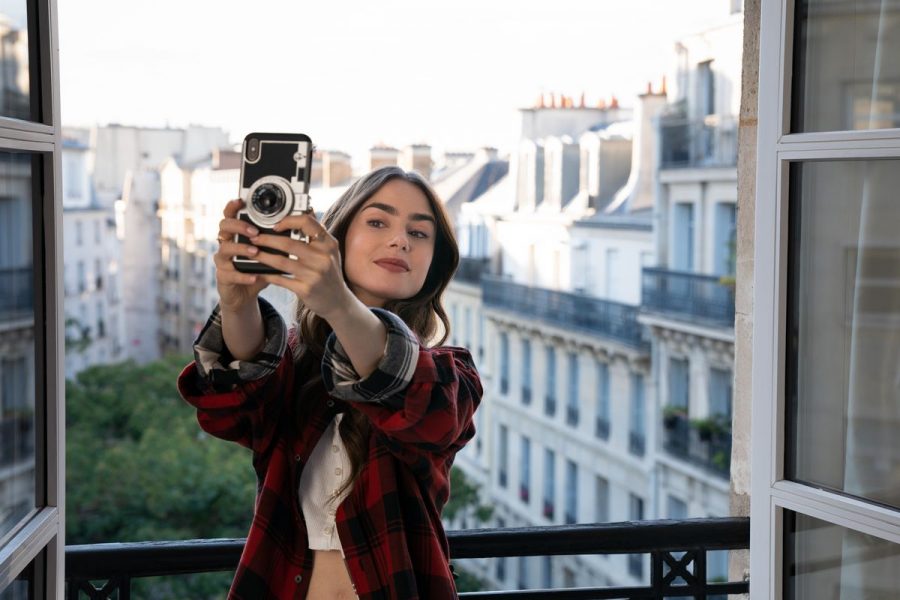 One word to describe Emily in Paris: glitzy. Of course, it’s all about Paris, the city of lights, the city of love. More specifically, the plot surrounds a glam Paris or, I dare say, the kind of unrealistic Paris. The show follows quirky Chicago girl Emily I-didn’t-bother-to-learn-her-last-name who gets lucky and moves to Paris, who gets lucky again and gets an attractive love interest as her neighbor downstairs, and who gets lucky one more time by getting Brigitte Macron (the French First Lady) to retweet her post. And so on and so forth.

Yes, Emily in Paris was an aesthetically pleasing show. But I simply couldn’t concentrate 99% of the time because I was way too busy skipping the parts where I just couldn’t handle the cringe anymore. I also found it so unrealistic that I nearly clicked off the Netflix tab every few episodes. I wanted to push Emily off a bridge most of the time after her blatant betrayal of Camille, one of her new closest Parisian friends, through her flirtatious relationship with Camille’s boyfriend. However, I did binge the entire ten episodes in one evening despite the looming knowledge that I had an APUSH test tomorrow morning, so that has to mean something.

So many parts of this show just did not make sense whatsoever. Despite being on an assistant’s salary, Emily attends at least one fancy party each episode, dines at expensive restaurants each week, and seems to have an endless supply of Chanel outfits. Plus, everything just went way too smoothly for Emily. Emily is in Paris, with her perfect life in which every single client eats up her ideas left and right, all the French guys she meets are incredibly attractive, and every girl she randomly meets in the streets becomes her new bestie for life; you get the gist. She’s always in for a stroke of luck, living her movie star life, and I personally can’t find this realistic or relatable.

Another part that I wish was portrayed more realistically was Paris as a location and the Parisians that live there. In the show, every single cobblestone street that Emily walks on is elegant and perfect and pretty. Yes, Paris is beautiful, but there are ugly bits of it too, just like any other city in the world. The show’s portrayal of the French also felt a bit extreme. They’re portrayed as snobbish and mean with their superior attitude, but in honesty, they’re simply regular people, and I feel like this show negatively expanded on these stereotypes.

I did admire, however, Emily’s resistance and determination throughout this first season. Ever since she arrived, she is derided by her colleagues and basically every single Parisian she meets solely because of the fact that she is American. It was personally easy for me to relate to her on this particular level because I know the feeling of moving to a whole different country without knowing its language. I admire her efforts in learning French the best she can. Moreover, as bad as it sounds, I like that the show touched upon some not-so-stellar moments. For example, although Emily’s glam Paris life might look all fancy on social media, she always eats alone because nobody wants to spend time with her. I think her hardships make her character a little more human.

I still thought Emily was annoying though, and continuously Camille was the main character instead of her. Emily showed absolutely ZERO personality growth throughout the show and was honestly the flattest protagonist I had ever seen. The show didn’t even let us know about her past and gave her an awful personality. Her only personality traits are that she likes being in Paris and she’s sparking some serious romance with her best friend’s long-time boyfriend.

To sum it all up, I definitely think you should watch this show if you want to get out of the “American depression.” If you’re tired of stressful SATs, orderly green rows of suburban houses, and small towns that make up your general reality, you can escape to the glitzy city of lights for a little while.  But I believe this show glorifies Paris to the extreme. The girl doesn’t take the metro, which is virtually impossible in that city. The last time I took the Parisian metro, I was crying because a sweaty old man groped me from behind and I lost track of my suitcase because I was so traumatized. (I still haven’t found my suitcase). Obviously, my experience sharply contrasts against Emily’s perfect life in Paris. Although I wish the show was more realistic, I understand that one of the goals was to keep the Parisian aesthetic (which it definitely accomplished). All in all, I’d summarize it as simply a pretty, lighthearted show.