Tenet: A Film Worthy of the Big Screen 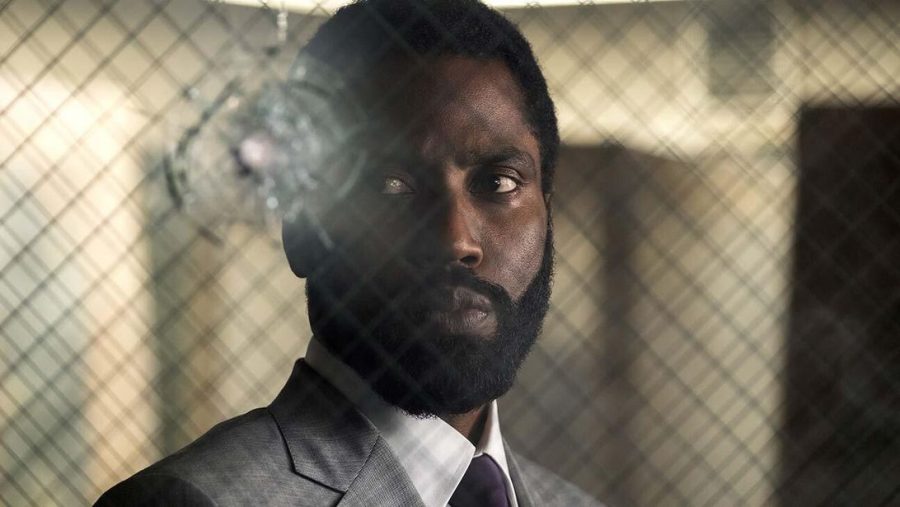 John David Washington in a still image for the film Tenet

I remember how, at the beginning of the year, I went to get breakfast with my family and our close friends in D.C. Over breakfast, we put together a list of our most anticipated movies for 2020. I was excited to see the many options on the list, but now more than half of those films will not be coming out this year. Back in March, No Time To Die was pushed to November, and I thought that was one simple overreaction. Then more and more of the movies on our list rushed into streaming services or were delayed until next year or indefinitely. Despite all this, one film stayed put. Everyone said that it should be pushed to 2021 or delayed, but the studio insisted that it would still be releasing on July 17th. Of course, it got delayed three times but they didn’t give up, as with Mulan, which opted against a theater release and made its way onto Disney+ for $30. As the pandemonium shaking the cinema world cleared up a bit, Tenet was finally scheduled to release on September 4th in the US and internationally a week earlier. Daydreaming about theaters reopening since the very beginning of quarantine, I purchased my ticket to Tenet the first chance I got.

The plot follows a protagonist (John David Washington), a person who is never referred to as anything other than the protagonist, as he gets recruited by an agency known as Tenet (roll credits) that is able to travel through time. This approach to time travel is not just going to a specific spot in a place in time. Those working for Tenet have to go through the amount of time before that point in time in reverse in order to go back to it. He is partnered up with fellow agent Neil (Robert Pattinson) in order to prevent the world from entering an apocalypse caused by an arms dealer that can communicate with the future (Kenneth Branagh),while his wife (Elizabeth Debicki) is used to get closer to the threat. And that’s the best I can do without spoiling too much.

When the film started, I wondered why it was being pushed to theaters. Not that I minded, but I just wanted to know what was special about it. Honestly, this is the best film to bring people back to theaters. It gives such a visceral experience when you see it on the big screen. People have complained about the sound mixing, but I thought that it actually contributed positively to the viewing experience. Sitting in a theater really immerses you in the film. Oh, how I had missed the loud speakers in theaters, seeming to shake my very seat. Over the last eight months, I’ve watched quietly on my TV while looking at my phone. Without a theater, you wouldn’t get the truly unique experience of feeling the theater vibrate during Travis Scott’s end credit song, “The Plan.” Also, this film was a visual treat. Seeing it on a smaller screen does not do it any justice. It really should be seen on the biggest screen there is. The inversion shots are incredible to watch, and they honestly made me laugh with joy. I felt like I was literally a kid in a cinematic candy store. I now genuinely roll my eyes whenever I see articles saying Tenet should be pushed to VOD because it is so inefficient on the small screen. You don’t get the true thrill, and it’s a genuine cinematic experience.

I call Tenet the most confusing movie of the year (even though it’s one of few films that breaks my heart) because it truly is confusing. It’s kind of like Inception in some sense. It’s not completely puzzling, but I did find some much-needed clarification when I read articles about it online. If wrapping your head around inversion was hard enough, wait until you factor in so many complex and layered plot points, actions, and twists. I love how Tenet is being referred to as a puzzle for cinephiles because that’s what it is at heart. But it’s not like the Cars jigsaw puzzle you were gifted in kindergarten, with three large pieces that connect together. Tenet is like a thousand-piece puzzle with hard-to-find pieces, but when you finally track down every last piece, the overall image and story are worth the mental gymnastics.

The action in this film is hugely underrated. Sure, I was laughing out of pure joy at the reversed shots but the action itself is incredible. I wasn’t completely into the movie at first because I was really unimpressed with the first 30 minutes. Then the first action scene hit, and it was so genuinely cool that I forgot everything and began to truly enjoy the movie.

So if I can say anything about Tenet, it is that it is definitely worth seeing. This may be the only big movie in theaters right now (if you’re not counting War with Grandpa), but it still holds up as an enjoyable watch. It may have its rough patches, but they don’t last very long, and it introduces some insane advancements to both film and filmmaking in general. It may not be Christopher Nolan’s best work, but I mean, it’s hard for any new movie to top his critically-acclaimed catalog of past films. He’s made The Dark Knight, which is beyond hard to match. I will say this film is not only worth your time, but an incredibly refreshing movie to see in these difficult times.