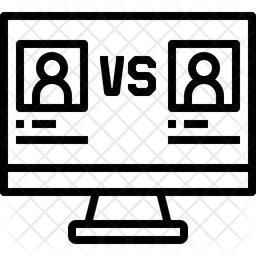 When I attended the JV debate on Tuesday as a judge, I had some hesitations on how the tournament would proceed. What if somebody’s WiFi shut off? How would the debaters communicate with their partners if they could not be next to each other passing notes? What would change with access to the Internet? How would I work with an entirely digital ballot?

Because I was a judge and not a debater on Tuesday, I asked Junhyung (Edward) Kim (’24) about his own experience. He said that the biggest difference in doing debate online was that “collaborating with your partner isn’t as easy and fun. When collaborating, you often hand out post-it notes and those minor ‘in-person’ things make in-person debate special. In addition, body language when standing up greatly matters in how you get your message across. In online debate, we sat down for most of the speeches, which was a different experience.” He added that what he enjoyed about online debating were “the quick transitions where people were able to transfer easily between rounds and the efficiency of having to find refutations or arguments on the Internet.”

Thursday, on the other hand, was a different story because I was actually debating instead of judging. I woke up early to revise my speech and to put on the top part of my suit. It was a funny sight when I looked in a mirror, as I was dressed formally on top while wearing pajama bottoms. I suppose those were the perks of the camera only filming from the bust up. When I logged on to Zoom, I was surprised at how long it took for each round to finish. We greatly exceeded the time estimated for the tournament mainly because of the amount of time delay between the rounds. Nervously waiting 30 minutes after each round wasn’t exactly the most pleasant experience, but I cannot imagine how difficult it must’ve been for the organizers to match each of the teams and judges to individual breakout rooms in a seventy-person Zoom call. I honestly don’t know if I could’ve set up all the debaters and judges while making sure that none of them went against each other previously, that none of them were from the same school, and that they all arrived at their designated breakout rooms. I genuinely applaud and admire the teachers and staff who organized this debate.

During rounds 2 and 4, my greatest nightmare came true – my WiFI shut down and I was kicked out of the Zoom meeting. This meant that I could not hear the opposing team’s speech, which I needed to in order to create my own as well as ask questions to attack their argument. It was truly tragic because neither the opposing team nor the judge could pause the debate for a very long time; yet, there was still a loose time limit to the tournament. Those were the moments where I had to wire my brain to its maximum power to think on the spot, but I desperately hope that such an incident will never happen again.

Communicating with my partner was not as difficult as I anticipated it to be. We simply typed on a Google doc and texted each other, which was actually much faster than writing on post-its. We could also access evidence much quicker than before through the use of the Internet, and I was able to look at my neat, typed notes instead of wasting my time scrutinizing my hurried and sloppy handwriting.

However, I would say that the best part of online debating is that I did not need to ride the stinky yellow school bus. I will never properly be able to describe the awful feeling of exiting the doors of a random high school only to realize that it’s pitch black outside and that all the debate kids are shuffling together in the cold to get to the bus, calling our parents to pick us up, mourning the loss of time to study for our tests scheduled for the next morning. Instead, I changed to a sweatshirt in ten seconds and took a two-hour-nap. It was one of the most euphoric moments of my sixteen years of life.