Voting Age: Is It Time for a Change? 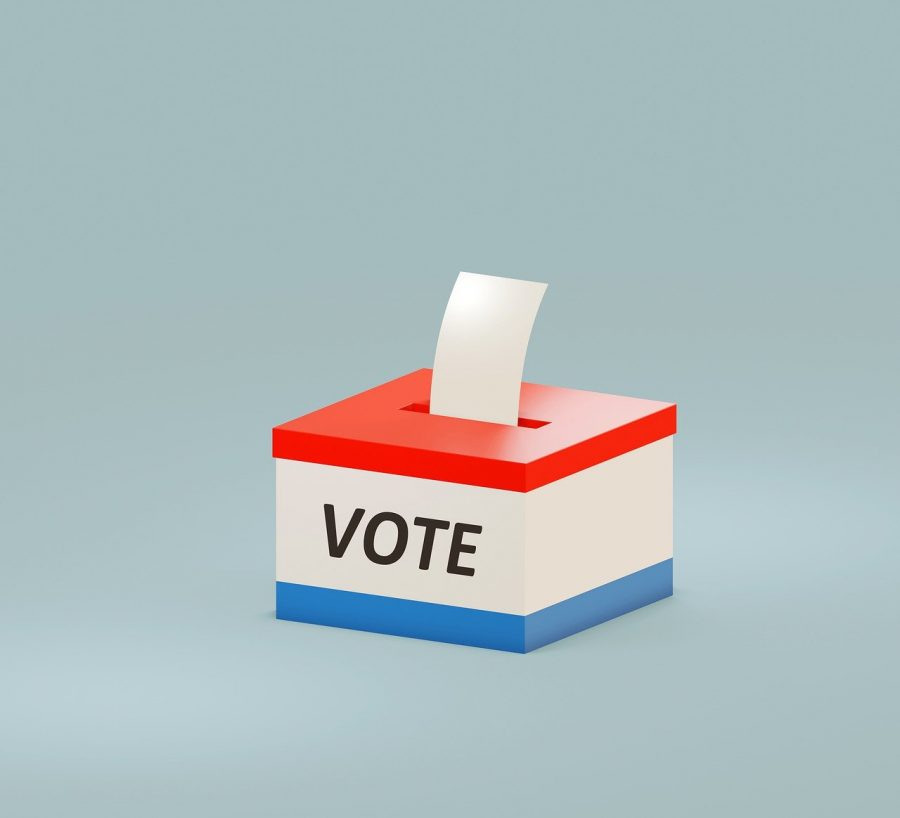 Should the voting age be lowered? THS students weigh in.

You open Instagram. “Register to Vote!” pops up at the top of your feed. You scroll through your “recommended” page on TikTok. The first three videos to appear are public reminders to vote on November 3rd. You click on a YouTube video. Your screen fills with advertisements for the current presidential candidates. In the past month, everywhere we have looked, we have been bombarded with constant reminders of yesterday’s presidential election. As tensions ran high, candidates and activists alike placed extreme pressure on American citizens to vote.

Yesterday, millions took to the polls, casting their ballots along with the 75 million Americans who had already done so, according to The New York Times. Now picture this: You’re 17 years old. You will turn 18 in December, a mere month after the 2020 election. You pay close attention to politics and care deeply about your country’s future, yet no matter how strongly you feel for a certain party, you will have to wait another four years to cast your ballot. Having just missed the voting cut-off, you feel powerless against the politics of your country.

The minimum voting age in the United States has been 18 years since 1976, when the 26th amendment passed, altering it from the original 21. This came during the time of the Vietnam War, when young men were being drafted to fight overseas. The argument was made that if men as young as 18 could be drafted, then they should be eligible to vote on the decisions of the country they were fighting for. Now, there is plenty of debate circulating among the younger generation as to whether or not the voting age should be lowered once more, this time to 16 or 17. Those in favor of doing so argue that because the election impacts our future, we should have a say, whereas those opposing this notion argue that 16- and 17-year-olds do not have enough life experience to make such important decisions. Both sides make compelling arguments.

Before considering the opposing sides, it is first important to look at voter turnout, which is a major issue for our country today. A study conducted by Michael McDonald at the University of Florida shows that during the 2016 elections, only 60.1% of those registered to vote actually did. Among those who did, the demographic including 18-year-olds had the lowest turnout rate of all. A presidential election falls in early November, a time when many 18-year-olds are just beginning their lives as adults, many moving out for the first time and finding themselves in a new environment. A study conducted by Mark N. Franklin at Cambridge University concluded that voting is “habitual.” After voting in one election, voters are more likely to do so again in future elections. The same can be said for those who find themselves unable to vote in their first election, as many 18-year-olds do. They are therefore less likely to vote in the future.

Those in favor of lowering the minimum voting age advocate that keeping the age at 18 is, in turn, harming voter turnout and that lowering the age would increase turnout. Tyler Okeke is a 19-year-old activist who spends a great deal of his time campaigning to have the voting age lowered to 16. “If this wasn’t work that I was doing for years, I probably wouldn’t know the process of getting an absentee ballot to vote in a California election while I go to college in Chicago,” Okeke said in an interview with NPR’s Alisa Chang. According to Okeke, 18 is not a good age to introduce voting. It is too hard for 18-year-olds to adapt to a new lifestyle, often away from home, and learn the process of voting at the same time. Along with many others, Okeke argues that lowering the voting age to 16, when students are still in high school, would encourage the younger demographic to vote as they continue to learn about our country’s democracy. With additional encouragement from their teachers and peers,16-year-olds would be more likely to vote, increasing voter turnout overall.

Besides the logistical aspects, activists of a lower voting age argue strongly that results of the election will determine Gen-Z’s future, and therefore they should have a say in the outcome. “Older people are making decisions for the younger generation that will affect us for longer than it will affect them,” said Skyler Salk (’23), who is in favor of lowering the voting age to 16. As social media is making it easier for the population as a whole to obtain information, the younger generation is more informed than ever (though it is important to note that social media is not always a reliable source.) “I believe that laws must accommodate a rapidly changing society,” said Sean Kim (’23). “As technology advances, people of younger ages have access to a wider variety of information, making them more able in terms of making logistical decisions.” When one logs on to Twitter or Instagram, there is almost always a post reporting on the results of the latest debate or the president’s actions. This information easily finds its way into the youth’s eye. “Everyone I know has an opinion on the current presidential race… but none of us can even vote,” said Salk.

However, many Americans are opposed to lowering the age. According to a poll taken by The Hill, “75 percent of registered voters oppose allowing 17-year-olds to participate in elections.” If lowering the voting age increases voter turnout and grants youngster’s a voice, why are so many people opposed to it? For many it comes down to the issue of trust.

Those opposing lowering the voting age argue that 16- and 17-year-olds are not knowledgeable or mature enough to make such important decisions for the future of our country. According to an article published by Britannica’s ProCon.org, science has shown that the prefrontal cortex part of the brain, which takes part in the decision-making process, is “still undergoing major reconstruction and development during the teenage years.” When it comes to the types of issues up for debate during an election, valid and well-thought-out opinions can take years to formulate. “I don’t think it makes sense for a bunch of sophomores to vote for a specific tax and healthcare plan,” said Ryan Kim (’23), who strongly believes the voting age should remain at 18. “I don’t trust people my age to make absolutely sound decisions when it comes to the future of our country.”

Furthermore, there is a large fear that, should the voting age be lowered, the voting process would not be taken seriously by the younger demographic. While many teenagers do spend time learning about the politics of our country, others are less interested in such matters, and therefore less knowledgeable in these subjects. Serine Jang (’23), who has mixed opinions on the voting age, is among those who fear it would be taken lightheartedly. “Seventeen-year-olds can be immature and fail to take responsibility for their actions,” Jang said. “Moreover, they may vote as a joke and not take [voting] seriously.” Add to that the fact that children and teenagers’ opinions are often echoes of their parents’ beliefs and extending the younger demographic may prove to be risky.

At a time when the future of our country is on the line, voting matters more than ever, as can be seen on the countless posters and signs stating, “every vote matters!” or “register to vote today!” But to what extent is this applicable? Who should get to vote? Is the younger generation’s opinion worthy of the ballot, or are they not knowledgeable enough to have a say? After all, as Valentina Orozco (’23) says, “The election can impact everyone, not just adults.”