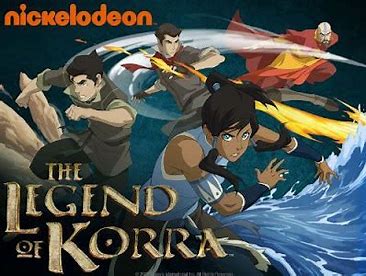 The Legend of Korra has made a return to pop culture, but its comeback has been more controversial than its predecessor. When Avatar: The Last Airbender (ATLA) first came out in February, 2005, it quickly became one of the most successful shows on Nickelodeon, rated 100% on Rotten Tomatoes. It both revolutionized the fantasy genre and shattered stereotypes related to typical “children’s” shows. Its Netflix debut this past May was record-breaking, creating a resurgence among its adoring fans. The Legend of Korra (TLOK) launched in April, 2012 as a follow up series to ATLA and joined the Netflix bandwagon this past August. While TLOK didn’t draw the same amount of attention as ATLA, to say it doesn’t have zealous fan attention would be far from the truth; in fact some people like it better.

Picking up 70 years after Avatar: The Last Airbender’s Hundred Year War, Korra (voiced by Janet Varney) is born into the Avatar cycle. The Avatar is the only person in the world who can bend all four elements (water, earth, fire, and air). They also serve as the bridge between the spirit realm and the physical realm. The headstrong yet passionate 17-year-old Korra provides a drastic contrast to Aang (voiced by Zach Tyler), the 12-year-old pacifist, who was the last Avatar. Michael Dante DiMartino and Bryan Konietzko, the writers of ATLA and TLOK, attempted to satisfy all dimensions of characters, and the traits that Aang lacked Korra had and vice versa.

While ATLA has three seasons and only one main underlying plot and goal, TLOK is split off into four seasons, each having a different plot and different villain. Korra, raised in the Southern Water tribe, has mastered all the elements but air. This leads her to rebelliously travel to Republic City, where non-benders and benders live together, to learn from Tenzin (J.K Simmons). Initially sheltered to the outside world, Korra soon realizes the volatile state of the city and encounters many adversaries. Along the way, she forms a “Team Avatar” and gains help from fire- and earth-bending siblings Mako (David Faustino) and Bolin (P. J. Byrne) and non-bender Asami (Seychelle Gabriel).

One crucial aspect of the show that stood out to viewers were the well-developed villains. Korra has her fair share of adversaries; ranging from political dictators to pure forces of evil. What further spoke to the viewers is that these variegated villains always had well-grounded backstories: they inevitably experienced suffering which helped shape them to be the way they are. This adds more texture to the characters and allows viewers to feel sympathy for them. “I love the TLOK characters,” Jacqueline Kim  (’23) said. “I think that my greatest attachment to these 2D characters comes from growing up with them, tagging along on all their adventures.”

The creators incorporated rapid technological advancement into the world-building of the show. A significant difference between the two shows is that while ATLA heavily drew inspiration from Asian influences, TLOK’s design of Republic City was mostly influenced by American and European architecture from the 1920s. Michael Dante DiMartino and Bryan Konietzko, the writers of ATLA and TLOK, also added sociopolitical commentary and plot, as they did with ATLA.

Labeled as a “sophisticated series,” something significantly different about TLOK is the older cast; while ATLA showcased the lives of preteens, in TLOK we follow the lives of characters in their late teens to early twenties. This allowed the creators to explore a variety of important topics that are sensitive to more older viewers shown through the complex character and plot development. This show doesn’t glorify Korra’s power as an Avatar; rather, it often portrays her weakness and vulnerability: at the end of the day she’s just human. She went through a lot as a young Avatar and is always on the verge of failure, and there are many times when she even goes past her breaking point. Through seasons 3 and 4, she fails to recover from her trauma and she struggles with Post Traumatic Stress Disorder. To cope with these symptoms, she runs away from herself, unable to think about what happened to her.  She intentionally isolates herself for three years, separated from loved ones, and falls down this dark hole. The raw emotions and the way the writers portray mental illness, as well as the stigma that comes from dealing with mental illness, led to the show being labeled as controversial. Adding these heavy topics broke many barriers for what a “kids” show should have, making it more authentic. Just like ATLA, the writers were able to transcend the realm of a children’s show by making it more relatable, and they succeeded: making viewers feel close to something that is still fantasy.

Although both are amazing shows, many fans are pitted against each other regarding which is better. “I’ve learned that you should never tell an ATLA fan that you think TLOK is better,” Kim said. “Because then you get yourself into a mess about how ATLA’s overarching themes are better.” Andy Son (’23) provided a clear contrast. “I personally feel that ATLA is superior to TLOK. Not necessarily because TLOK didn’t match up with ATLA in terms of actual characters or development,” Son said. “Rather, it was inferior because it committed world-building sacrilege, as well as many plot inconsistencies.” The plot also provokes various arguments. “There were many other plot holes and many useless parts of the show, too many to list,” Son said. Kim conceded that “Maybe a lot of Korra’s adventures are random and without much direction,” but she concluded that “there is never a dull moment” when watching TLOK.

It seems that one cannot be deemed better than the other. “I understand that TLOK is by no means ATLA, because it is a different show, but it shouldn’t be breaking the history that was already set in stone in the previous more amazing Avatar series,” Son said. Ultimately, which show resonates with viewers more can vary based on when they were exposed to them. “Personally, I love TLOK, but a lot of that has to do with the fact that I grew up watching TLOK first, and so it has a special place in my heart,” Kim said.  Both shows appeal in their own ways, and not only are they incredibly entertaining but they are also filled with many important themes topics that enable audiences to walk away learning something new, or with a better understanding of old concepts.

When I rewatched The Legend of Korra, I viewed it with a preconceived notion that it wouldn’t be as good as ATLA. But as I got deeper into the seasons, I found myself relating a lot more to the teenage characters and was surprised by the depth the show held. Although I believe it still doesn’t surpass ATLA, be sure to search for The Legend of Korra on Netflix and experience it for yourself.