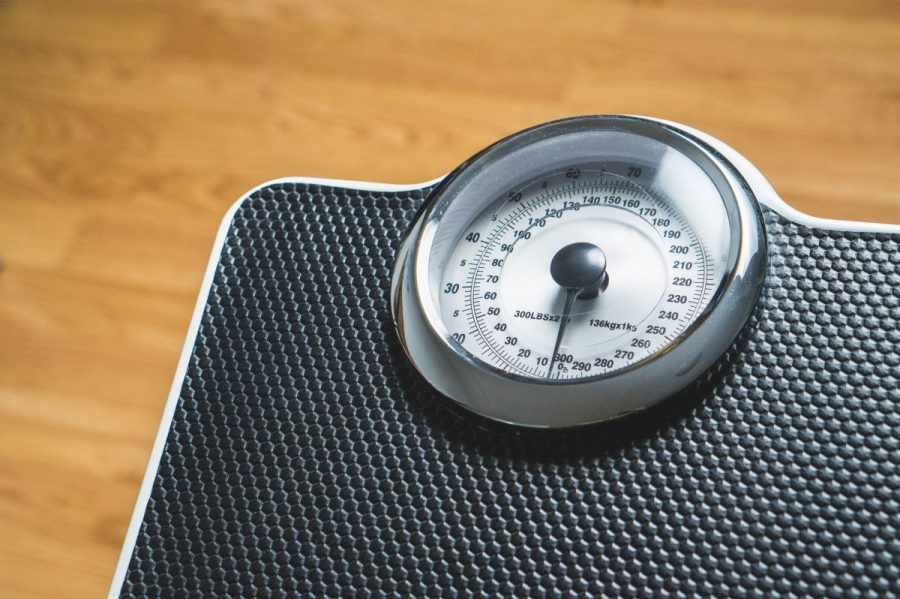 Scrolling nonstop through Instagram, past the numerous posts on your feed, have you ever noticed the weight loss apps once you swipe right? Swipe right on a meme or a viral video posted on your feed, and you can find a supplementary video promoting an app that promises to define your abs or slim down your legs.

Amidst the COVID-19 pandemic and quarantine, people have been left with much more time to spare, time that is largely spent on their computers or phones. Media has long been an outlet that sets beauty standards, whether it be the celebrities that people watch on TV or models that are displayed on magazines. Now, with more people in front of their screens, exposure to these set beauty standards has spiked, especially with American teens.

TikTok trends glorify the hourglass figure along with the sound “Small Face Skinny Waist With a Big Bang.” With so many young girls on Instagram, with ages as young as 7 or 8, these unattainable trends can serve as toxic benchmarks. Constant reminders that teens or prepubescent children must alter their bodies in order to seem attractive can have dramatic long-term effects on self-esteem and confidence. They can even affect the physical well-being of teens, some going as far as starving themselves or wearing smaller, restricting clothing to encourage dieting.

Most of the advertisements start off with a standard comment about body positivity and self-esteem, mentioning how everyone is beautiful and should be content with their body types. Yet, the irony of a weight loss app that specifically emphasizes the hourglass figure superficially promoting body positivity hasn’t been lost on its viewers. Naomi Chan (’21), who has used one of the weight loss apps, characterized them as useless because they are “just a way for companies to make money. The so-called nutritionists and professionals on the apps merely regurgitate general information, such as having a healthy diet and regularly exercising, and also make it seem like there’s this societal obligation to lose weight even if you don’t want to.”

Of course, that’s not to say that all weight loss apps or calorie trackers are bad. Many athletes and fitness enthusiasts frequently use these apps to track their athletic progress and their health lifestyle. But when these apps are used to promote altering appearances to fit a beauty standard nothing close to the US average, problems begin to emerge.

Mr. Nyfenger, the AP Psychology teacher at Tenafly High School, commented, “There’s something in psychology called the mere exposure effect. It says that we develop a preference for things based on how familiar they are to us. The greater the exposure, the greater the familiarity, the greater the preference. I don’t think that the outlook is as bleak as it seems, or at least I hope not, but there is an increasing number of major companies—Aerie and Old Navy being two of the most well known—that are leaning into the fact that there are a multitude of different body shapes, sizes, etc.  I think you’ll see this trend continue to spread, and hopefully it will counterbalance the effects of exposure to the unrealistic body or beauty standards that flood Instagram, magazines, billboards, etc.”

Body positivity is a still developing movement. “It’s really refreshing to see that so many teenagers, especially girls, are creating their own definition of beauty,” Christy Choi (’21) said. Instead of conforming to the standards, they’re trying to be their own self, their own type of beautiful. It’s really inspiring.”

Hopefully, the restrictive promotions of these weight loss ads will alter the apps’ approach to their audience and force the makers to present a more body-positive environment.