Students Should Not Be Forced to Turn on Cameras 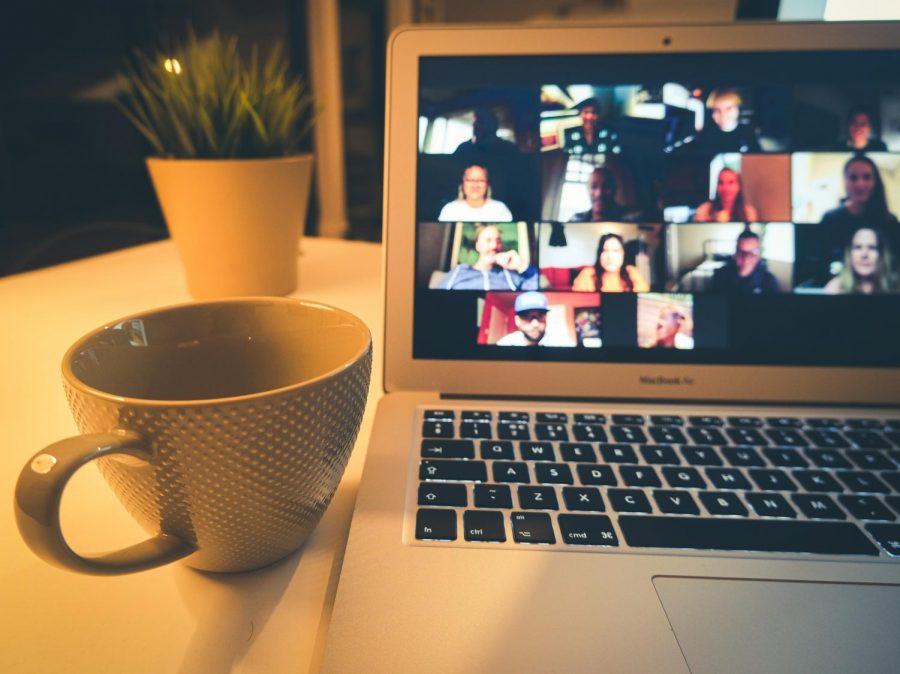 As I’m logging into my first block Zoom class, I suddenly feel needles skewering my skull. I groan and rest my head against my palm as the teacher admits me to class. “Remember class, it’s against school policies to not have your face on-screen. You will be marked absent if I can’t see your full face,” says the teacher, stretching each syllable. I jerk up from my propped-up elbow, only to feel another surge of electricity washing over my head. I can’t take this anymore, I think to myself as I leave the meeting, shut off my computer, and find refuge in the crook of my elbow. I can’t believe I’ll be marked absent just for this.

Now, if I had only been able to turn off my camera while still being present in class, I wouldn’t have had to miss a whole class period’s worth of material for a mere headache. Though my story does not speak for all students, I discovered that many students do prefer having their cameras off. For starters, forcing students to turn on their cameras raises social and privacy concerns. Not everyone has access to a quiet environment, and every student’s household situation varies. Maybe the student’s parents are out working, leaving the children at home: “For me, this means I, a 14-year old in high school, have to take care of both my siblings,” said Dania Flores, a student responding to a blog thread. “I have to broom, clean dishes, make breakfast and dinner, take our new puppy outside every few hours to potty, and on top of that, the workload from school, and much more… So to count videos-on as participation is [ridiculous] because if the student understands the content and does well, isn’t that all the participation you need?”.

A study conducted by the Education Week Center in October found that 75% of teachers require their students to turn on their cameras. Teachers believe that seeing students face-to-face during live instruction keeps students engaged and decreases the chances of cheating. However, turning on one’s camera in class does not always equate to being attentive. It’s just as easy to pretend you’re paying attention in class while switching to another tab to do other tasks.

Students are expected to stay on camera and stay focused during the period, yet people often only focus on themselves. My previous Echo article on Zoom face explains increased rates of anxiety as people fixate on their appearances on video conferencing platforms. “Zoom fatigue” is also a buzzword coined by scientists to explain how we are unable “to fully use the usual array of social cues and non-verbal communication. Within video calls, the bandwidth of social cues is much narrower, and we have to pay additional attention to others’ behavior to enable us to monitor social interactions effectively,” said Dr. Linda Kaye on psychreg.org. With only our faces visible on camera, we have to focus more on verbal cues, which can be draining. Thus, not only are we forced to stare at ourselves for hours on end, but we also need to pay attention to everyone else onscreen at the same time. This type of multitasking is known as continuous partial attention, which our brains naturally have a difficult time doing. It results in students growing increasingly fatigued and unable to concentrate.

I understand that teachers don’t want to be teaching to a sea of black squares, as it becomes difficult to tell whether the student is present or not. “I know from personal experience that many of my students who shut off their cameras disappear altogether from class. I know this because when I ask them to turn on the camera or write in the chat, they don’t. Or, when class ends, they don’t log off the Zoom because they have fallen asleep. On a number of occasions, I’ve woken students and they’ve admitted to falling asleep,” said Mr. Whitehead, an English teacher at THS. “Leaving the Zoom, then, is just like leaving an actual physical classroom, which is considered a cut. At least when a student is visible in the camera, the teacher knows the student is present, even if they’re not engaged in the lesson.” However, learning is still learning, regardless of whether it is conventional or not. If a student participates and performs well on assignments and assessments, then they are learning. Even if a student gleans at least a little bit of information from her bed, that is much better than getting kicked out of the call and missing class entirely. Students have been trying to scrape together bits and pieces of motivation to get through the year. Rather than making assumptions and punishing students who are struggling to display attentiveness, teachers should be asking questions. In the end, it’s up to the student to decide whether they will turn their cameras on or not. Though I firmly believe that turning on cameras should be encouraged, it should not be a necessity.