Illusions, Deceptions, and the Reality of Communism 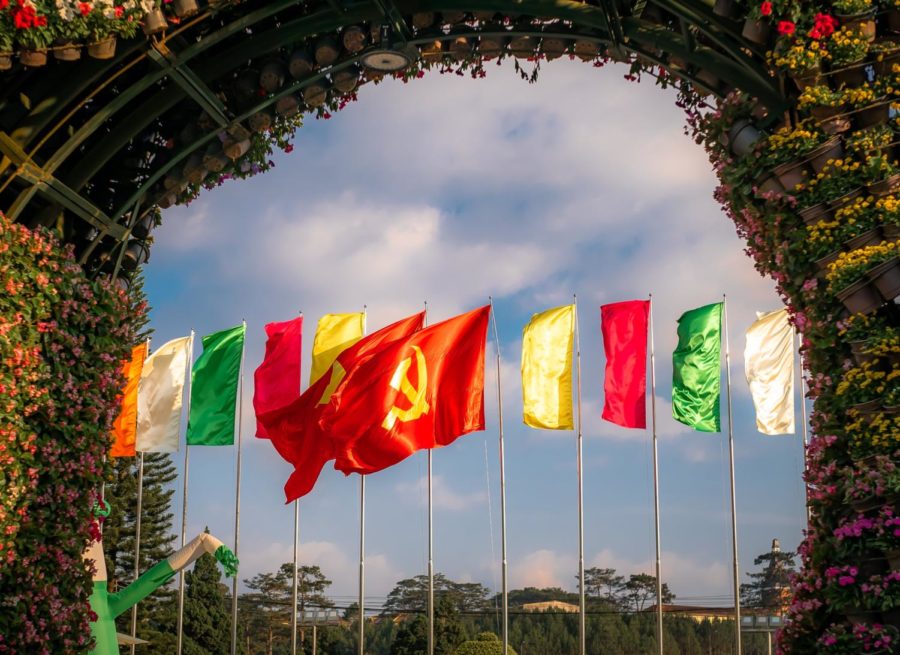 Greed. Think of the word greed. What comes to mind? Presumably, the first emotion you feel is disgust. It is no surprise that the word greed is associated with such negative emotions. Look around. It is not difficult to find men already rich in wealth who have been caught exploiting poor employees, taking bribes, and soliciting politicians for greater wealth. One-hundred-and three years ago, workers and peasants revolted under the leadership of Russian revolutionary Vladimir Lenin with discontent against this unjust and detestable society full of greed in order to successfully dissolve the Russian Empire and establish a communist state that would guarantee welfare not only for the privileged but for all those who suffered from oppression and persecution. United under the ideals of Communism, Lenin and Russian workers hoped that the flames of the egalitarian revolution they had started would enlighten the oppressed workers of the world.

Today, it is hard to find a country that practices Communism. China? China introduced a capitalist economic system under Deng Xiaoping’s administration. North Korea? North Korea has long abandoned Communism’s goal of creating a society of happiness and equality. Far from equality, Communism has created a society that is more vicious than the monarchy, deifying the long-dead supreme leaders such as Mao Zedong of China and Kim Il-Sung of North Korea as living gods. The people under the communist regime, who were supposed to “have nothing to lose but their chains,” lost not only their chains, but also their freedom and natural rights. What led to the collapse of Communism, which was deemed to be the ideal system that could guide humanity to utopia? And what is the force that maintains this system called capitalism that is full of detestable greed?

The answer is simple. Communism collapsed on its own by denying reality and creating contradictions, while capitalism succeeded in development by acknowledging human imperfection and using it as a driving force for development. To understand this, it is essential to identify the fundamental ideals of Communism. It starts with the basic idea that all men are created equal. Then, it questions why those who are born under wealthy parents easily inherit their wealth and position, while those who are born under underprivileged parents have to spend their lives serving those who are born in the upper class.

Communists argue that this is because the privileged class monopolizes wealth and that to abolish such inequality, the state must collectivize the properties and redistribute it evenly to all citizens. Sounds extremely plausible, does it not? Well, this system is indeed perfect, except that it fails to identify the innate nature of human greed. Due to their greed, humans tend to compete with one another to claim the higher ground on wealth, education, and social status. Throughout history, mankind has harnessed the power of unlimited greed to gain acknowledgment from one another. This desire for acknowledgment from others has derived outstanding accomplishments and progress. This surreal system that derives perfectness from imperfectness is capitalism.

Contrary to this, Communism does not acknowledge the progress brought by individual capability, only acknowledging the outcome brought as a whole. Regardless of the amount or the quality of work, all workers receive the same amount of wage and compensation. This would naturally cause a decrease of will and motivation to work with devotion, leading to the downfall of the economy. Despite the gradual globalization of competition among countries beyond the region, the loose and ineffective working system of the communist society has undermined the nation’s competitiveness as the days went by. This eventually led to the collapse of the Soviet Union and Warsaw Pact as they failed to withstand international pressure.

“We are learning democracy and glasnost, learning to argue and debate and to tell each other the truth. One has to have the courage to admit today — if the political system remains immobile, unchanged, we shall not cope with the tasks of perestroika,” said Gorbachev during his address to the 19th Communist Party Conference.

However, the “courage” of telling each other “the truth” resulted in the instantaneous collapse of the entire union instead of progress or unity. Why? This is no different from loosening the cap of a bottle of Coke with Mentos in it. The moment he released the truth and granted freedom to the public, the Coke of boiling discontent and contradictions accumulated throughout the past decades exploded and shattered the bottle, or the union itself. The fall of the Berlin Wall in November 1989 gave momentum to the process of dissolution of the Soviet Union. On December 26th, 1991, General Secretary Mikhail Gorbachev resigned from his office, and along with the end of his term in office, the Union of Soviet Socialist Republics, the first communist nation ever to exist on Earth, faced its end.

If anyone asks why North Korea has not collapsed yet, that can be answered without difficulty. Learning from the downfall of the Soviet Union, the North Korean regime tightened its grasp around its citizens. Thomas Buergenthal is a former member of the International Court of Justice and the victim of the notorious Auschwitz and Sachsenhausen concentration camps. Buergenthal firmly believes that North Korea and its regime should be tried for crimes against humanity for its brutal attempts to control the population.

“I believe that the conditions in the [North] Korean prison camps are as terrible, or even worse, than those I saw and experienced in my youth in these Nazi camps and in my long professional career in the human rights field,” said Buergenthal in an interview with The Washington Post.

It is the duty of the entire humanity, regardless of race or place of origin, to take measures to prevent repeating the same mistakes from the past. We have already witnessed the devastating consequences of the violations of human rights under Germany in World War II. Mankind has already lost countless beloved friends and families during the wars and labor camps 80 years ago. Communism is a system that harnesses the power of blood and tears shredded by the deceived people who were promised joyful life in a society of prosperity and equality. Before it is too late, we must achieve the promise that the oppressed  people in Communist states once hoped for: to break the “chains” of oppression.