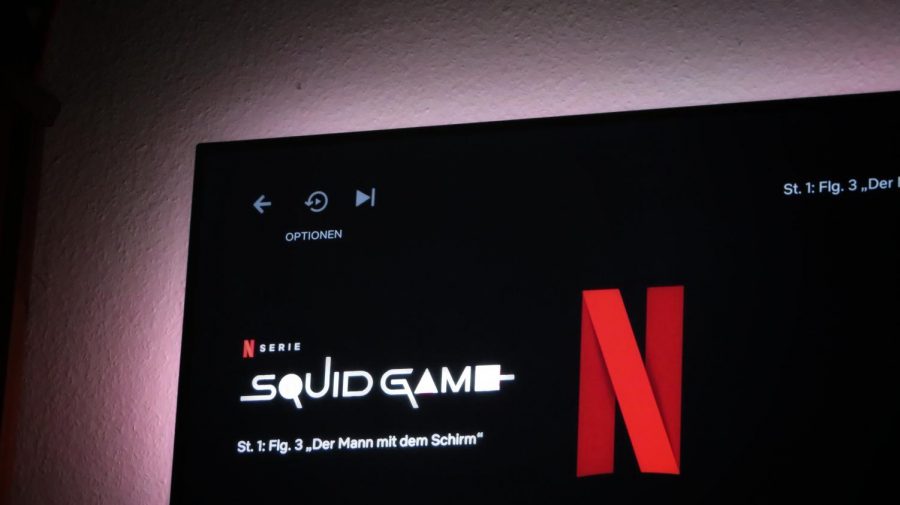 The newly released Korean Netflix show, Squid Game, has become an international hit. In the series, debtors are recruited to play children’s games in order to escape their debt, but they do not realize that they walk onto a deathfield where their survival is not guaranteed. Squid Game immediately overtook social media platforms and captured the attention of millions and has since enjoyed boundless praise and popularity.

With this newfound adoration also comes its shares of downsides as overzealous fans begin to take things to extremes.

Growing up as an Asian in America, it was nearly impossible to ever really see Asian representation in the media. Of course, these days, there is a much more vigilant effort to promote diversity and appreciate different cultures. But as a child and growing up without that portrayal of minority groups and cultures, including mine, it was impossible not to think that the “white media norm” was also the “societal norm.”

TV show casts and movie casts were always dominated by white actors and actresses, and the occasional Asian on the cast team would play the stereotypical role of some sort of nerd or music prodigy, or other times, far more often than I would like to admit, they’d play the role of the “freak” comedic relief character.

With all this in mind, I grew up understanding that my own role, in the classroom, in public, in society, was meant to be the quiet, innocent, studious Asian girl, and I strongly believe that I’ve maintained that role, even now, quite successfully. I learned how to stifle my opinions, keep to myself, and allow for the louder voices, a role not meant for girls like me, to overrule my own, ever since elementary school. And now, as a junior in high school, I can hardly say I’ve changed much. Although I challenge myself to speak and be bold, there is a nagging in the back of my mind or a pit in my stomach that tells me I’ve overstepped the line.

Now that Squid Game, the Korean Netflix show, has dominated the media, I feel an unparalleled amount of pride for my culture that’s finally being represented. I feel seen and loved and told that I’m worth as much as any other person on the street. Seeing Asians monopolize my TV screen for the first time in my life in a show that is considered a global hit, I feel as if I, as if my culture, is finally good enough. Seeing people that share my features, hearing the same language that I hear at home, recognizing the same values that I hold, in the media is an unimaginable feeling.

However, with this feeling of pride comes an even more overwhelming frustration. At first impression, hearing and seeing comments like “I wish I were Asian…,” “being Asian is so cool…,” “the actors are so hot…,” engenders a sensation of outside cultural recognition and pride. But it also creates a trend not only of Squid Game as a show in itself, but an entire culture and history. It forsakes the fact that Asians, like myself, have struggled with their identities and their places in society all their lives due to more subtle presences of racism and stereotypes, and glorifies our race as some sort of “divine gift.” While I am not trying to argue that being Asian is not its own “cultural gift,” adoring a race when it is convenient, when a show is trending, is frustrating. Idolizing Koreans and Asians to the point where another individual, particularly individuals that have enjoyed privilege all their lives, want to become Asian, entirely ignores the fact that being an Asian isn’t being adored and glorified. It ignores the fact that Asians haven’t always had their moment “in the spotlight.” It ignores the fact that Asians have dealt with unacknowledged racism for decades. It ignores the fact that I’ve lost my childhood and my identity now because I’ve felt so sure that there was nothing more to me than the stereotypical Asian girl.

In one of my classes, my classmates were talking about how good Squid Game is. I’m one of the few Asian students in the class and I felt an overwhelming sense of pride for my culture finally being recognized. As much as I am grateful that Squid Game is receiving the love and attention it deserves, the thought of it taking so long for Asians to finally be seen in the media feels like a bad aftertaste. In the classroom, I have been placed in the confining box as the quiet, Asian girl who was always studious and responsible. Ever since elementary school where I was one of the only Asian kids in the classroom, I’ve always wanted to hide my Korean identity.

However, now, white people—people who have historically held privilege for so many years—comment on social media how they want to become Asian because being white is “boring.” These are the same people who have been committing hate crimes, blaming us for COVID-19. During the first few months of the pandemic, I have never been so conscious and aware of my Asian identity. I was cautious when I went out for a walk, even taking measures to reroute my entire path to avoid a non-Asian passerby just so I wouldn’t inconvenience them. In my culture, we are taught to steer clear of conflict and be respectful towards adults and strangers, even at our own expense.

That’s why it feels surreal that so many people are accepting my culture at once—it’s never been shoved into the spotlight like this before. But as glorious as the attention may seem to outsiders, making comments about wishing to be Asian contributes to the fetishization and racism we’ve endured for so long.

It’s not only white people, but Asians of different regions who are contributing to the fetishization of our race. “I wish I was East Asian rather than South Asian,” is a popular comment I see littered all over social media. This is the oversexualization and fetishization of East Asians—it’s nothing to wait for.

I hope that my personal experiences of growing up Korean American offers insight into how well-intended comments celebrating Asian culture can actually be harmful and insensitive.

It’s a strange feeling for somebody’s opinion of you to be determined solely by your race. The surging popularity of Korean culture, however, leads me to think about what it means to be East Asian right now.

Growing up, I naturally came to observe peoples’ eyes on me regarding my identity as East Asian. Starting with the viral song “Gangnam Style” through the rise of Kpop and to the increasing popularity of Squid Game, Korean culture has come to be shared with thousands of other groups of people from all over the world.

Perhaps it’s because the entire situation has hit me so intimately, but I truly believe that there is no other culture in the world that is currently more closely observed or fetishized than mine. It is a stark contrast to last year, when I was afraid to go out of my own house in fear of being attacked.

I will never be able to forget the rise of hate crimes against Asians in the beginning of the COVID-19 spread. I remember purchasing self-defense tools from Amazon and warning my mom to be careful about going to the supermarket. I remember reading articles online about beatings and acid pourings. And I remember thinking that nobody should be afraid of getting attacked while attempting to do their grocery shopping. And now, there’s suddenly a 180-degree flip; everyone loves us.

Squid Game was a phenomenal show, well-thought and meticulously played out. I personally don’t believe that Squid Game was the main cause of the fetishization and strange obsession over East Asians. However, I do believe that popular outlets of Korean culture as such continue to be a medium for certain people of other cultures to depart from reality and instead idolize an entire race. Even right now, long-term tourists move to South Korea expecting it all to be an utopia with attractive men and ideal standards. There are countless cases of disenchanted tourists, devastated that South Korea diverges from their expectations when really, it’s simply a place where people live (just like everywhere else in the world.)

While we hope for Squid Game to continue to enjoy lasting success, we also hope that others would be able to continue to have a respectful and cognizant outlook on the show and on Asian culture itself.