“Nobody” Expected It, but Mitski Is Back 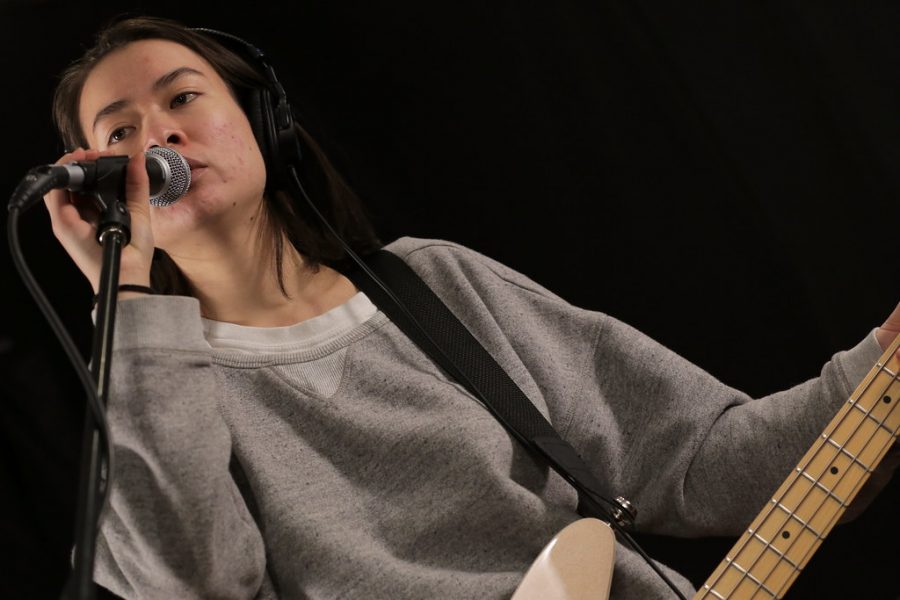 On October 5th, Japanese-American indie rock singer Mitski came out of a two-year hiatus by releasing new merch, announcing a tour in North America and Europe, which sold out in three days, and releasing the new single “Working for the Knife,” which has clearly proved that Mitski is a cut above the rest.

According to AllMusic, Mitski was born in Japan, but moved to 13 countries before settling in New York to attend SUNY Purchase. While studying there, she self-released her first two albums, Lush (2012) and Retired From Sad (2013). After graduating, she exhaustedly released a third album, Bury Me at Makeout Creek (2014), while working outside jobs, but this time, with the label Double Double Whammy. This album was released with friends and family in the comfort of her own home. In late 2015, she signed with the independent label Dead Oceans and released the album Puberty 2 (2016), which boosted her up to fame with her hit “Your Best American Girl.” In 2018, she released her last album, Be the Cowboy, which featured new hits such as “Nobody” and “Washing Machine Heart.” Even though Mitski’s rise to fame began in 2014, she’s gained more attention over the past few years thanks to her songs blowing up on TikTok.

In 2019, Mitski broke the hearts of thousands of fans as she announced her break from music “indefinitely.” Although most people thought that she was going to abandon music forever, she announced in a tweet that she was “not quitting music,” but that she needed to take a break so that she didn’t lose her “self worth/identity.” She also deleted all social media. But on October 4th, a mysterious picture began to circulate around social media through the account @mitskileaks. The picture just said “Mitski. October 5th 2021. 10:00 AM ET.” In the background, Mitski’s back was visible and she was wearing a cowboy hat. Fans began to freak out and cleared schedules and set alarms for the day and hour. As promised, at 10 A.M. on October 4th, a live premiere of the song “Working for the Knife” was being watched by thousands of excited fans, and added to the sad playlists of thousands of others.

“Working for the Knife” talks about getting stabbed in the back by childhood dreams. It shows how individuals may have had big dreams when they were kids but end up unable to reach these goals as quickly as they might’ve hoped to. According to Genius, the “knife” symbolizes an oppressive force. In the first line, it says “I cry at the start of every movie — I guess ‘cause I wish I was making things too”. This represents how often individuals compare themselves to other people and then feel like failures. In addition to that, in the lines “I used to think I’d be done by twenty — Now at twenty-nine, the road appears the same— Though maybe at thirty, I’ll see a way to change”, Mitski talks about how she thought she would reach her goals sooner, but in reality she is advancing way slower than she expected. This sad but beautiful song inspires many fans not to give up despite not having achieved their dreams yet.

Even though fans were disappointed when Mitski first announced her hiatus, now that she has returned, they are being supportive and compassionate. “I don’t think we get to have an opinion on how she feels” Anoushka Chakrabarti (’25) said when asked about her opinion on Mitski’s hiatus. “I feel like as long as it was good for her then everyone should support her.”

With her first date tour set for February 17th 2022, fans count the days to see their favorite person on Earth live after so long. So after two long years of self-discovery, her return through a tour, new merch, and the new single “Working for the Knife,” all us Mitski fans can dream about is for Mitski to cut to the chase and release a new album.

WORKING FOR THE KNIFE VIDEO vvv