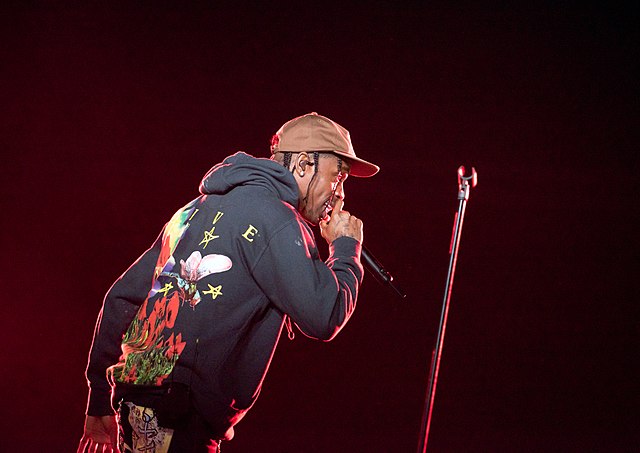 What was supposed to be an unforgettable experience for the 50,000 concertgoers rapidly turned into a nightmare as the riotous crowd grew out of control. The New York Times described it as “one of the deadliest crowd-control disasters at a concert in the United States in many years.” Poor event-planning and security caused the concert to become so tightly packed that people were literally drowning in the dense horde. Unfortunately, neither Travis Scott nor the security personnel were able to save all of the hundreds of fans who were pushed down and trampled. At least 17 lawsuits filed against Scott, concert promoter Live Nation, and organizer ScoreMore alleged that their negligence was responsible for the deadly crowd crush.

Although the festival featured performances by other artists, Travis Scott was the only one performing when the crowd surges spiraled out of control. According to CNN, officials were alerted of dangerous crowding within the first 30 minutes of his set. Scott began his performance at 9 p.m. and continued until approximately 10:10 p.m. However, this was after ambulances had pulled into the crowd to rush the dozens of unconscious and injured fans to the hospital.

Authorities are still trying to understand what triggered the crowd surge. “The crowd, for whatever reason, began to push and surge towards the front of the stage, which caused the people in the front to be compressed—they were unable to escape that situation,” Houston Fire Chief Sam Peña told CNN. By the end of the first three songs, the area nearest the stage was so tightly packed that there was no air to breathe. “All of a sudden, people came pressed up against each other, pushed forward and backward … I had constant pressure on my chest … I was being squeezed,” a witness told CNN. Similar mass-tragedy incidents like the one during The Who concert in 1979 demonstrate that the physical force of a large group of people pushing in one direction is enough to break bones and cut off circulation. By the end of the night, over 300 fans were rushed to the hospital after being subjected to this overwhelming force.

There were also reports of a drug-spiking incident that went unnoticed amidst the chaos. One security guard was thought to have been pricked in the neck and injected with a drug, but the Houston police chief has since confirmed that he was hit in the head and was not actually injected.

It remains unclear whether or not Travis Scott could see what was going on or hear the cries for help. However, many attendees argue that the response was inadequate. Houston’s mayor, Sylvester Turner, remarked that there was “more security over there than we had at the World Series games.” Over 500 security personnel were present, yet many witness accounts noted that it was difficult to locate and alert the staff. Witnesses have taken to Twitter to share their experiences with the security staff. One attendant recalled, “I screamed for help so many times, alerted security, asked everyone in the crowd if there was anyone who was CPR certified. Every call went unanswered. I was told, ‘We already know, and we can’t do anything to stop the show, they’re streaming live.’ Disgusting.” Video footage from ABC13 also depicted a stampede bursting through the gates, destroying the VIP security entrance, and bypassing the checkpoint several hours before Travis Scott’s set.

Travis Scott has a history of “encouraging audiences to go wild,” Houston Public Media reporter Paul DeBenetto said. At Lollapalooza in 2015, Scott was arrested for inciting violence in the audience. CBS Chicago reports that he “urged the crowd to jump the barricades into the security pit”.  However, the Astroworld event organizer, Live Nation, ignored this. As a result, their “boilerplate” plan failed to “address crowd crush or crowd craze, moshing or stage diving. And it doesn’t discuss anything significant about what to do in an emergency situation,” crowd security expert Paul Wertheimer told NPR.

When Travis Scott tells you to hop the fence you hop the fence. @trvisXX #LaFlame #Lollapalooza pic.twitter.com/PFSgNsC3HO

One major point of controversy is Travis Scott’s response to the tragedy. The artist posted an apology video expressing his despair and offering his condolences to the families of the ten people who died at the festival. However, many people argue that his apology seemed insincere and scripted. Twitter has been swarmed with memes mocking the video, calling it “forced”, “fake”, and “lacking emotion”.

All deceased victims have been identified. Tragically, their ages ranged from only 14 to 27 years old. The exact cause of death remains unclear, but it is certain that they were related to crowd crush injuries. Some of the victims’ families blame Travis Scott and the event staff for being negligent and careless. They have begun to file lawsuits against concert organizers. According to Houston Public Media, all of the suits “allege negligence on the part of defendants [Travis Scott, Live Nation, and Scoremore], and are asking for more than $1 million each.”

Scott has since offered to pay the funeral costs for all ten people, and will partner with online counseling service BetterHelp to provide free therapy to everyone who attended his concert. He has also promised full refunds of all Astroworld 2021 tickets. Still, it appears as though most of the public is turned against him.