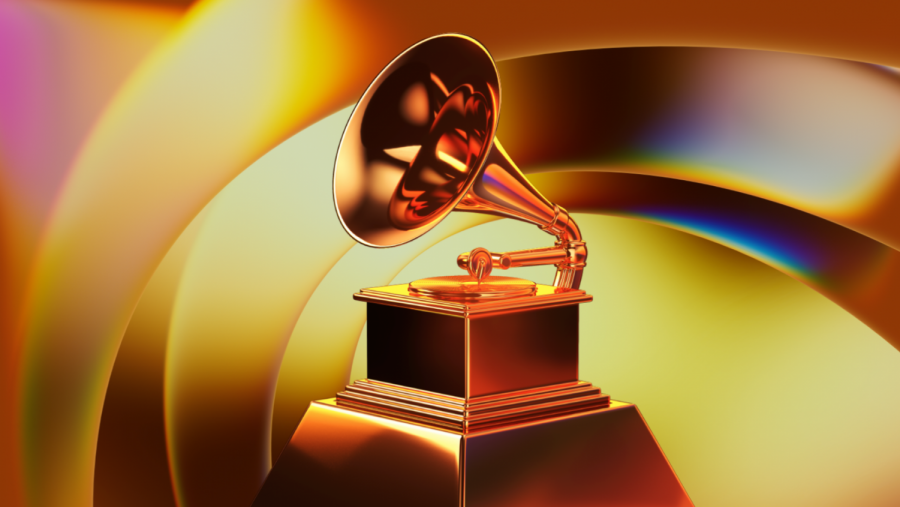 One of the biggest celebrations and acknowledgements of music will take place on January 31, 2022—the 64th GRAMMY Awards, which promise to be as contentious as ever.

In this awards show, the Recording Academy honors and appreciates the greatest accomplishments in the music industry throughout the previous year. Especially in such a challenging past year, many relied on and sought comfort in music as an outlet from the troubles of reality. Music is universal and holds the power to unify people with all different backgrounds. For this year’s upcoming GRAMMY Awards, award show nominations were announced on November 23, 2021, and were met with mixed responses. Although many fans are thrilled to see their favorite artists on the list, many are also disappointed with the results. The most anticipated categories are usually Record of the Year, Album of the Year, Song of the Year, and Best New Artist. While there are other categories for different genres like Country, Rap, Pop, and Rock, these are the most popular awards for which both fans and artists wait anxiously every year.

Let’s start with Record of the Year. The nominees include: ABBA for “I Still Have Faith in You,” Jon Batiste for “Freedom,” Tony Bennet and Lady Gaga for “I Get a Kick out of You,” Justin Bieber featuring Daniel Caesar and Giveon for “Peaches,” Brandi Carlile for “Right on Time,” Doja Cat featuring SZA for “Kiss Me More,” Billie Eilish for “Happier Than Ever,” Lil Nas X for “Montero (Call Me By Your Name),” Olivia Rodrigo for “drivers license,” and finally Silk Sonic for “Leave the Door Open.” Many are surprised to see ABBA on the nomination list, as this is their first nomination as a group. Contrasting this surprise, no one is shocked to see Olivia Rodrigo on the list. After her success on her hit single “driver’s license,” she has reached great heights as a young artist. Combined, Lady Gaga and Tony Bennett have won 30 GRAMMY Awards, but none together. This win would be extra special, as Bennett was diagnosed with Alzheimer’s disease a few years ago.

Album of the Year is another huge award long awaited for fans and artists. The list consists of: “We Are”- Jon Batiste, “Love for Sale” by Tony Bennett and Lady Gaga, “Justice” by Justin Bieber, “Planet Her” by Doja Cat, “Happier Than Ever” by Billie Eilish, “Back of My Mind” by H.E.R., “Montero” by Lil Nas X, “Sour” by Olivia Rodrigo, “Evermore” by Taylor Swift, and “Donda” by Kanye West. There are not too many surprises on this list, but a few disappointments and frustrations. Some fans think that Olivia Rodrigo was over-showered with her whopping seven total GRAMMY nominations. However, “Sour” was one of the biggest albums of this year, so it was well-deserving. Meanwhile, Taylor Swift’s followers, better known as ‘Swifties,’ were very upset to discover that she was only nominated in one category. People were also stunned that Drake’s “Certified Lover Boy” was not nominated for this category, as it was a top album of this year.

One of the most exciting awards is Song of the Year. This year, there was not much surprise or upset regarding the category’s nominations. The nominees are: “Bad Habits” from Ed Sheeran, “A Beautiful Noise” from Alicia Keys and Brandi Carlile, “driver’s license” from Olivia Rodrigo, “Fight for You” from H.E.R., “Happier Than Ever” from Billie Eilish, “Kiss Me More” from Doja Cat and SZA, “Leave The Door Open” from Silk Sonic, “Montero (Call Me By Your Name)” by Lil Nas X, “Peaches” from Justin Bieber featuring Daniel Caesar and Giveon, and “Right On Time” from Brandi Carlile. All of these records are said to be well-deserving as they encapsulate the energy and praise that the Song of the Year award was designed to achieve.

The most controversial of the nominations was Best New Artist. Nominees include: Arooj Aftab, Jimmie Allen, Baby Keem, FINNEAS, Glass Animals, Japanese Breakfast, The Kid LAROI, Arlo Parks, Olivia Rodrigo, and Saweetie. First of all, many fans would argue that they have never listened to half of these artists. So why should they be up for a GRAMMY? In addition to this, many argue that while Olivia Rodrigo has had much success this past year and has a huge following of 19 million on Instagram, she has been prominent in the industry for a while, and should not be a candidate for this award. People also do not feel as though FINNEAS should be in the running for this category because of his production on sister Billie Eilish’s hit records.

Overall, the very mixed reviews from the list of nominations create great anticipation for the awards at the end of January. No matter the outcomes, we value and appreciate all of the artists who, through their music, have guided us through the difficult times we have and are still facing. Tune into the 64th GRAMMY Awards on January 31, 2021 so you can find out the winners of these awards!