This Week in the Market & Week Ahead 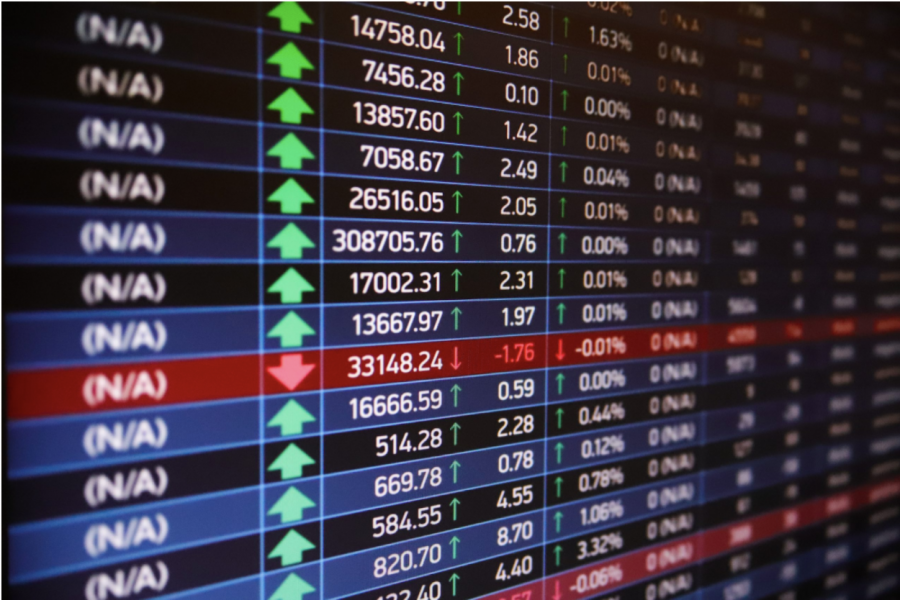 What Happened in the Market This Week?

Pleasing earnings were announced from FedEx (FXD) when they reported their earnings on Thursday as their prices have risen since. [2]
Darden Restaurants (DRI) stock price has fallen even after having a positive earnings report on Friday. [2]
General Motors stock has also fallen due to the report of the CEO of its self-driving car program leaving. [2]
Uber Technologies (UBER) stock rose substantially after the CEO mentioned that it has just had its best week ever.
Plus, with investors’ excitement about Apple’s (AAPL) future in VR, iGlasses, and iCars, it can possibly become the first ever $3 trillion company in the world.
Pfizer’s stock has also been continuing to rise due to news about the COVID pill, the heightened Omicron fear, and the booster being approved for 16 and 17 year olds.
Semiconductor companies including Nvidia (NVDA) and AMD (AMD) have moved substantially downwards due to the global semiconductor shortage.
Rivian’s (RIVN) stock has plummeted this week just over 10% after Toyota (TM) has unveiled its EV plans. Specifically, Toyota are planning to release an electric pickup truck which directly threatens Rivian and possibly makes investors double-think its valuation.
AMC (AMC) stock has risen a tremendous amount as it gained over 19% on Friday in reaction to the new Spiderman movie.

On Tuesday and Wednesday, the Federal Open Market Committee (FOMC) had a meeting to discuss many topics concerning the economy of the U.S. It mentioned that the FOMC will double the speed of tapering where the Federal Reserve will reduce the large amount of Treasury bonds that have been issued in an effort to help the economy during the pandemic.[3] Also, the Fed has predicted the unemployment rate for 2022 to decrease to about 3.5% after experiencing the 4.2% drop in unemployment of this past November. Lastly, the Fed brought up that for interest rates to be raised, they want to see inflation at around 2%. As a result of this meeting, the market has responded somewhat positively as stock prices increased soon after.

This week ahead is going to be a shortened week as markets around the world close on Friday to observe Christmas Eve.