The Webb Space Telescope Set to Launch on Christmas 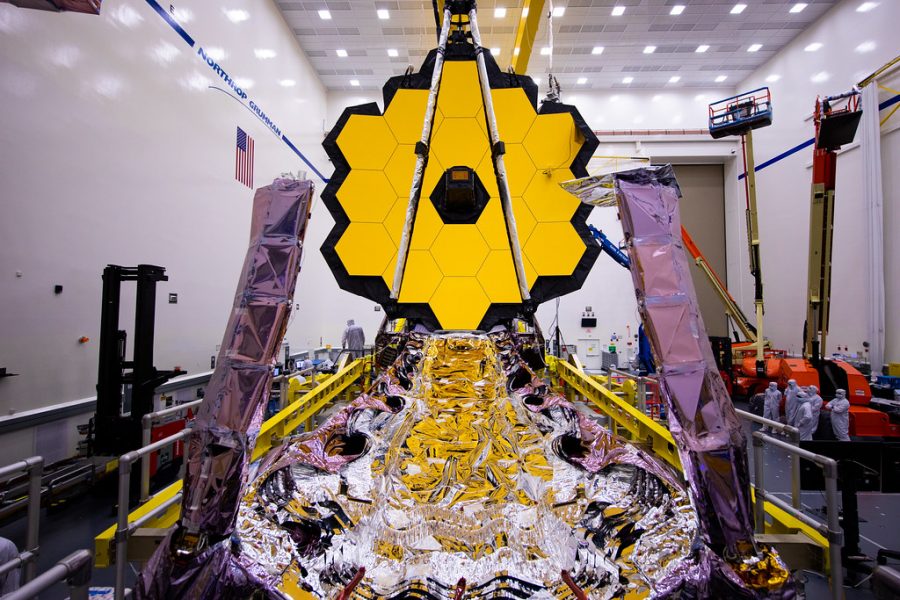 For many years, people have been working hard to make advancements to our knowledge of outer space. Mathematicians, scientists, engineers, astronauts, and many more have put forth a strong effort to find out as much about space as possible. Recently, NASA (National Aeronautics and Space Administration) has publicized the launch of the new James Webb Space Telescope, which, if the launch is successful, will inform us about when and how galaxies formed, how black holes were created in the center of these galaxies, and where stars and planets are being born.

The Webb will expand upon discoveries made by the Hubble Space Telescope, which was launched in 1990 and has enlarged our view and knowledge of space with its pictures and data. The Webb will not be a replacement for the Hubble, but will hopefully widen the scope of what we can observe. How will it work? According to NASA, “It will have longer wavelength coverage and greatly improved sensitivity. The longer wavelengths enable Webb to look further back in time to find the first galaxies that formed in the early universe, and to peer inside dust clouds where stars and planetary systems are forming today.”

Many people are skeptical about the Webb’s success, as the telescope is somewhat similar to the Hubble and the launch date has already been postponed once. Due to weather conditions in the past few weeks, the telescope is now set to take off on Christmas day, December 25, 2021 at 7:20 a.m. EST. The Webb will be launched using an Ariane 5 ECA rocket. NASA is confident that Webb will achieve great success and provide growth and improvement for the industry. The innovative observatory is crafted to have a mission span of more than five and a half years after its take-off, and reach an ultimate lifetime of more than ten years.

Astronomers are looking forward to using the Webb to analyze planets discovered recently near stars. One of these includes Proxima b, which is a planet that orbits Proxima Centauri, the star in closest proximity to the Sun. According to NASA, “Finding the earliest galaxies will require very low foreground light levels, ultra-sharp images over large areas, and studies at many infrared wavelengths, a combination of observing conditions only available from space.”

Overall, the Webb telescope will hopefully provide us with new information, images, and advancements, answering questions many astronomers and scientists have not yet been able to answer. Tune into the telescope’s launch on Christmas morning at 7:20 a.m. to watch the start of the telescope’s journey.