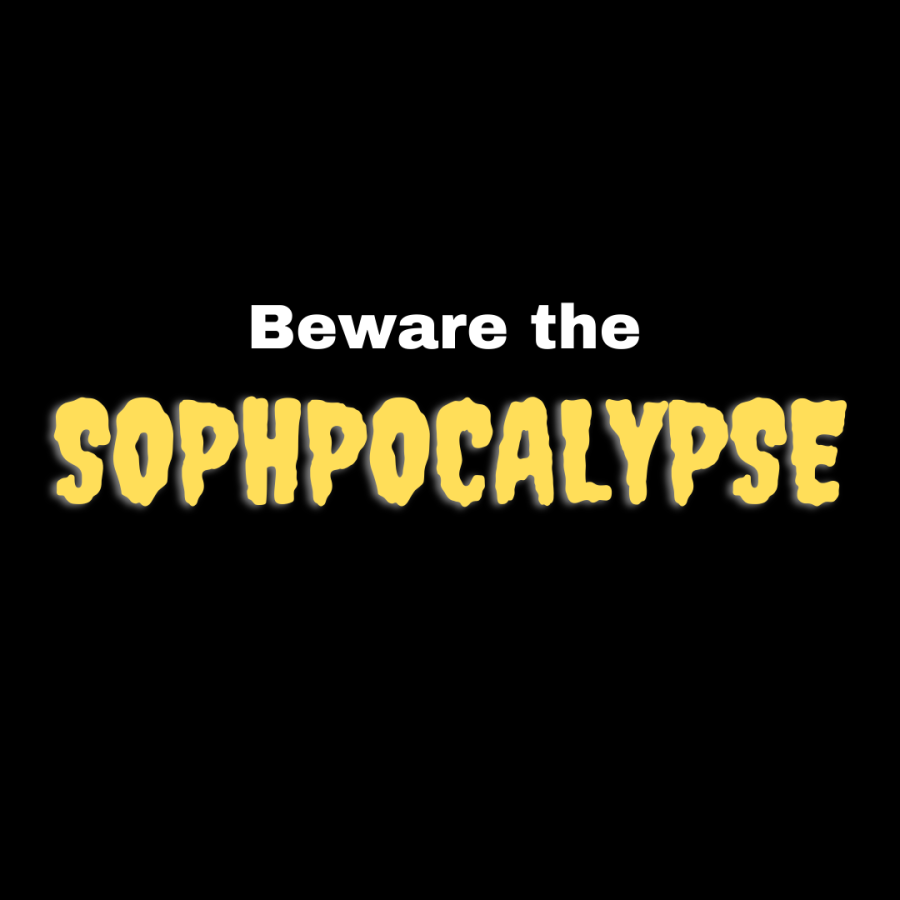 The lunch bell rings. Before walking to the cafeteria, you make a quick stop to the restroom. Yellow lanyards. As far as the eye can see. One begins opening a sandwich over the sink. Another, scrolling through TikToks on the floor. Run. Run as fast as you can.

Alright, that was a bit dramatic. After all, sophomores are not the only ones that use THS bathrooms for non-bathroom activities. However, some of us have noticed that sophomores have been loitering in the bathrooms much more frequently. And, if you’ve read Jonathan Tenenbaum’s (’21) “Fear the Freshpocalypse,” you’ll know that upperclassmen do not shy away from expressing their thoughts (especially about underclassmen).

Some THS juniors have expressed their confusion.

Hanna Behin (’23) said, “I think it’s pretty gross to eat lunch in the bathroom, let alone on the floor. It also makes it hard to use the bathroom during lunch since they block the sinks.”

Liad Gross (’23) added, “There was a point where they were always always in there. I heard them talking about piercing their ears in there once and it’s just overall super annoying at times.”

Jamie McClane (’23) even recalled, “The other day I went to the bathroom and there were some sophomore girls cursing each other out, play fighting, and giggling. I gave one of them a look, and I heard one girl whisper to the other ‘that girl thinks we’re crazy!’”

Even some THS seniors seem to have noticed.

Eleni Lotito (’22) expressed, “I remember previous years at THS, I would always feel comfortable going into the bathroom whenever. However, this year the bathroom always happens to be occupied by sophomores either sitting in the sinks or scattered around the bathroom floor… I now find myself trying to avoid the bathrooms because of this reason.”

Rebecca Wong (’22) said, “I don’t know if it’s because they don’t have anywhere else to sit, but I feel like it’s just in the way for everyone and annoying when you actually have to use the bathroom.”

As upperclassmen, we understand that sometimes a break from class is necessary. And finding a lunch spot can also be really difficult. But is it time to keep the bathrooms at THS less cluttered and more welcoming?

P.S. This article is a tribute to Jonathan Tenenbaum’s (’21) article, “Fear the Freshpocalypse.”  Thank you to Jonathan for inspiring this piece!