The Chaos behind the Arrest of Ezra Miller 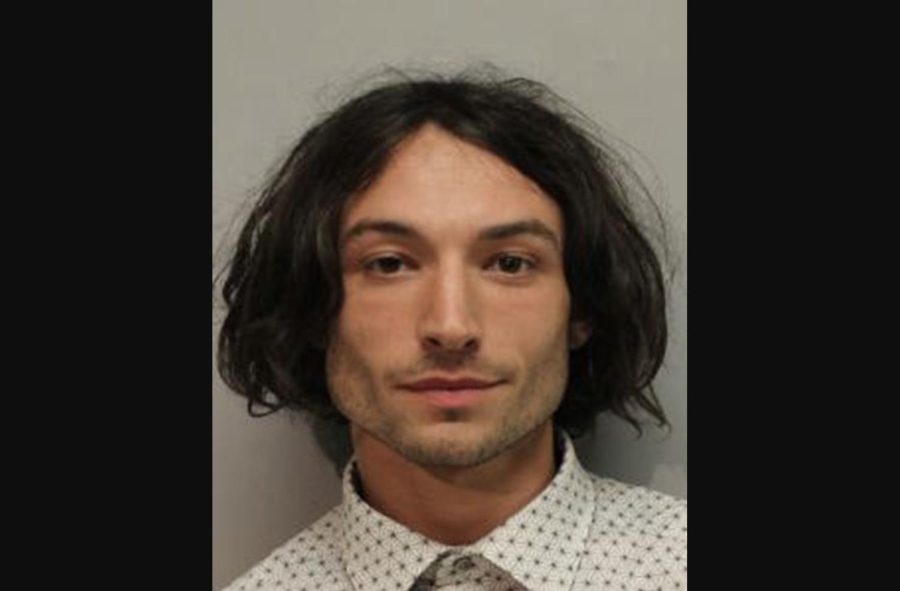 Mugshot of Ezra Miller after being arrested in Hawaii

Out of every job in the world right now, I can guarantee that the last job you’d want to have is the executive handling the division of DC Comics, Films, and TV of Warner Bros. You might think that work is work and the pay will definitely be worth it, but you’re wrong. Dead wrong. As I have tried to break down the current state of the DCEU (DC Extended Universe, which is a set of films based on DC comics), I thought about my life and felt a great appreciation for what I have. Because no matter what, at least I’m not in the position of these poor people. Because right now, they all have a file at their desks. It’s a file breaking down how they’ll proceed to make DC movies now that the star of one of their most pivotal projects has been arrested twice.

For context, I’m talking about an actor named Ezra Miller. They have been in several films over the past decade (We Need to Talk About Kevin, Fantastic Beasts, and The Perks of Being a Wallflower) and they’ve made a massive impact on Hollywood. In the past six years, they’ve had great success after being cast as the DCEU actor for the Flash. However, their lucky streak seemed to crumble after a video surfaced online. The video seemed to show the actor choking a woman in a bar asking her, “do you wanna fight?” Despite the fact that many believe this video to be fake, people began to dislike Miller. There was even a big push on social media to replace them with the Flash TV actor, Grant Gustin. However, this never happened; Ezra Miller kept his position on The Flash. The entire movie was filmed without any problems other than alleged reports that claimed that Miller had frequent meltdowns on set. Once filming was completed, Miller traveled to Hawaii. Videos began surfacing online showing Miller wildly dancing at clubs and getting kicked out of bars. The actor then really began to make the news after they were arrested in a bar for allegedly harassing a couple by singing karaoke and throwing the mic at a person playing darts in the bar. As Miller was arrested, they claimed that they were attacked by a white supremacist and also confused cops after saying that they always film themselves being assaulted for NFT crypto art. After running around the cops and warning the cops that they’re committing a hate crime for misgendering them, Miller was taken into custody. After they were released, Miller allegedly broke into the couple’s hotel room, threatened to kill the couple, and stole various items (Miller was given a restraining order that was later dropped).

As Ezra Miller was making headlines, reports that Warner Bros. was considering pausing future projects with Miller appeared. These reports came out before Miller was arrested a second time in Hawaii for allegedly throwing a chair at a woman’s head. Then, most recently, Ezra Miller was reported missing after two parents claimed that Miller groomed their 18-year-old daughter starting from when she was 12. Now Warner Bros. is in a very tough position. Because production for The Flash has been completed for a while, replacing Miller is nearly impossible. Millions of dollars have already been invested and reshooting scenes to replace the titular character would be nearly impossible. So The Flash will release in its original form with Miller. While Miller’s actions might detract from the public perception of the movie, there’s nothing else that can be done. But this is bad as there is so much riding on this movie.

To explain why there’s so much riding on this movie, I have to take you back to 2013 to when the DCEU was first launched. With Marvel’s success in worldbuilding and creating a franchise of superhero movies, Warner Bros. wanted a part of that million dollar monopoly. However, the attempt to continue the DCEU with releases such as Suicide Squad and Batman Vs Superman: Dawn of Justice failed miserably and killed all hype for the DCEU. This provoked an incentive for the DCEU to model itself more like Marvel. This caused Warner Bros. to replace director Zack Snyder with Marvel director Joss Whedon to give a more upbeat tone to Justice League (2017). This upbeat reshot film was a massive misfire with fans and nearly killed the DCEU. Some releases like Shazam and Aquaman kept the universe alive but, overall, there were barely any fans of this franchise left. However, Warner Bros. decided to resurrect their once dead-in-the-water Flash movie. The purpose of this was not just to resurrect the hype for the DCEU but to reboot the entire franchise. Because the Flash is able to time travel and enter different universes, his powers will be used as a tool to start a new future for the universe. So The Flash (2023) is essentially the next step for the DCEU to save the franchise and earn the love of fans.

But now, fans aren’t supporting the star of the studio’s most pivotal film. This is a similar situation to the new Aquaman movie which might experience a boycott due to the inclusion of Amber Heard. But Aquaman: The Lost Kingdom isn’t as important to Warner Bros. as The Flash. If Aquaman: The Lost Kingdom bombs at the box office, it’ll be an unfortunate loss but only a financial loss. If The Flash bombs at the box office, it will be a devastating financial loss as well as a failure for tons of new DC titles. Basically, if The Flash doesn’t connect with fans, this new franchise will not work. However, the biggest concern should be for the people involved in the stars’ incidents. We only see a movie being ruined but there are real people who are being hurt from the mishaps of these two stars. However, if Warner Bros. goes ahead and makes these films, it might make it hard to wonder whether it’s possible to separate the art from the artist. Can we as an audience tolerate watching these actors knowing what they’ve done off camera?