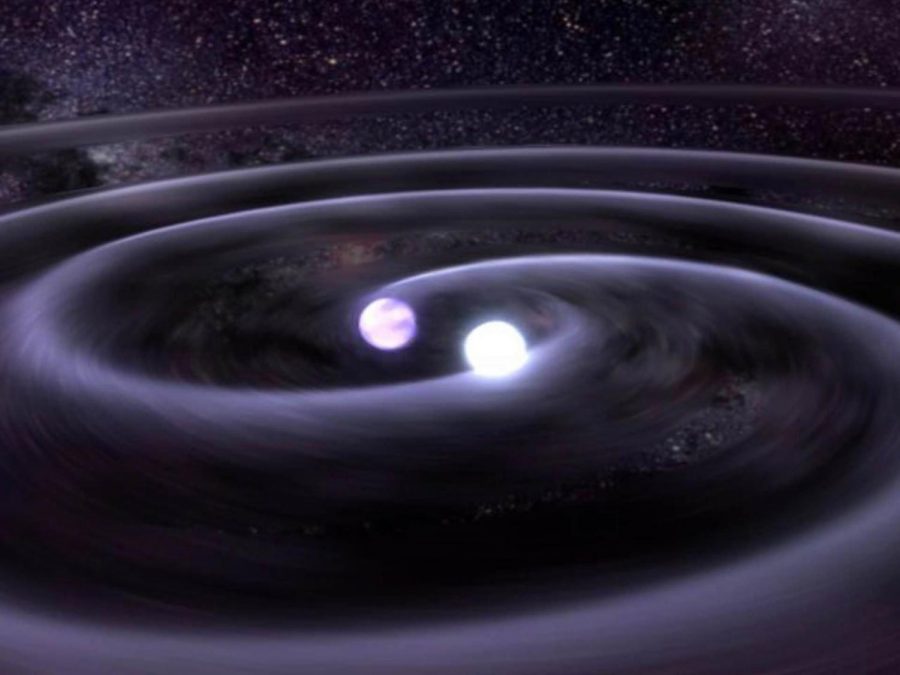 Over 100 years ago, Einstein predicted the existence of gravitational waves to support his theory of relativity. On October 16th 2017,  astronomers hit the jackpot when they detected two neutron stars colliding, an event called a “kilonova,” in the constellation of Hydra 130,000,000 light years away.  Like fireworks, the signal from this violent event reached Laser Interferometer Gravitational Wave Observatory, or LIGO, about a year ago, and officially confirmed the stars’ collision. This catastrophic event has helped trace how gold, platinum, and silver are formed across the universe and has also been one of the clearest gravitational waves to be detected.

Neutron stars are extremely dense objects left behind after a star explodes. When a star, approximately 20 times as massive as the sun, becomes unstable with iron burning in its core, the star violently explodes, leaving behind either a black hole or a neutron, both of which are extremely dense. In fact, a neutron star is so dense that one the size of New York City can weigh more than our sun. The neutron stars we have detected are the sizes of cities, but the energy produced by them can be detected from millions of light years away, due to the objects’ intense radiation.

With this detection, astronomers were able to trace the origins of multiple metals. Using the spectroscopy of multiple telescopes throughout the world, astronomers found gold, silver, and platinum in its emission lines, which are all perplexing elements in the universe.

Students across the world are also deep into the subject. Sean Chia (‘21), a science enthusiast at the school, is more excited than ever. “This is cool! As a science lover, it’s great seeing news like this.”

This event is an ironically beautiful masterpiece of space. Although this collision could demolish the entire solar system up close, it is well appreciated from 130,000,000 light years away. This literal “gold mine” in space has helped us understand more about the origins of precious metals, as well as the fabrics of space that help shape the functions of the universe.