One, Two, Everything Sucks Before You… 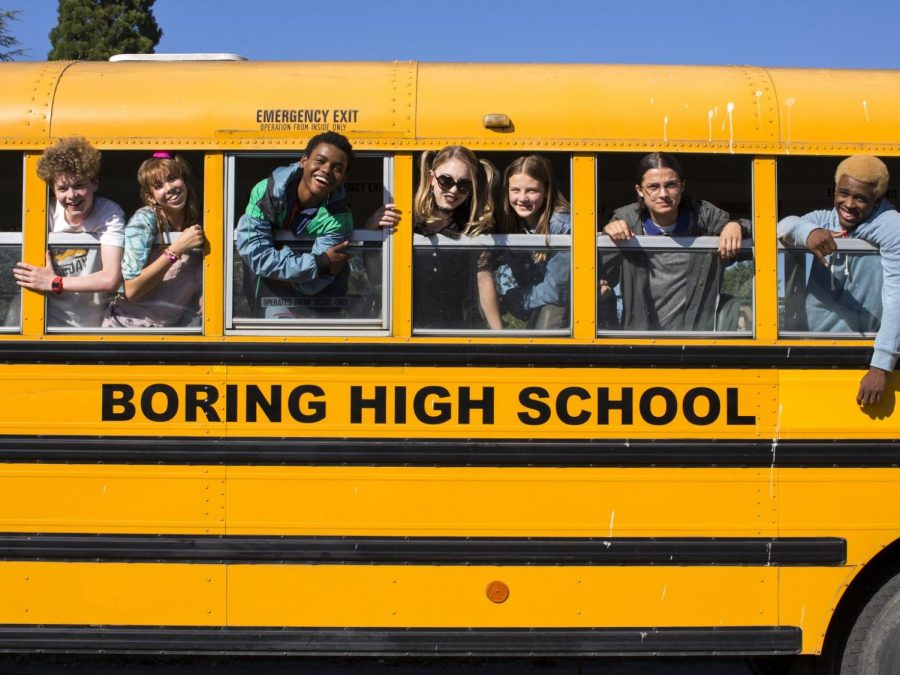 High school is different for everybody, but boring sure is a popular word used to describe it. Well, surprisingly enough, Everything Sucks, a new Netflix comedy series, takes place in Boring High School in a town named Boring in Oregon, and to add on, the beaver is the school mascot. The setting is in the nineteen-nineties, an era of grunge, VCRs, and other nostalgic objects.

The story begins with an incoming freshman, Luke, as well as his friends, joining the A.V. club at school. Then, Luke falls in love with Kate, a sophomore in the club who is also the principal’s daughter. Tensions arise between Kate and Luke as well as the A.V. club and the drama club in the show, but throughout it all, the two unlikely groups team up to create a movie together. Other than displaying the angsty vibes of teens going through high school, the themes of sexual orientation, friendship, and family are strongly evident in each 23-27 minute episode.

Boring, Oregon is a small town—with a smaller population than even Tenafly—but that isn’t the only contrast between Boring High School and our school. The technology is drastically less advanced as ours now, of course, and the characters of the show frequently use VCR tapes or Sony Discmans as people did in the 1990s. Music is an essential component to Everything Sucks as varying songs of the 90s are played to fit whatever mood or action has occurred in the show, such as the scene when “Silent All These Years” plays as Kate realizes a change has occurred within herself at a Tori Amos concert. Some other notable artists mentioned by the characters are Ace of Base and Oasis. One similarity between Boring High School and our own school is that the A.V. club shoots the morning announcements of BHS in the same way that the video production group in our library broadcasts our daily “Tiger Rundown”.

Everything Sucks has been under the radar after just being released on Friday, February 16th with its cast of new faces, which includes Peyton Kennedy as Kate, Jahi Winston as Luke O’Neil, Sydney Sweeney as Emaline (a prominent member of the drama club), and Rio Mangini (who plays a friend of Luke). But that could change, as the show hasn’t received much criticism for its content so far, and given the date of release, it could be too soon to determine the initial success of the series. Personally, I love the 90s—from its fashion to its music to its TV series (Buffy the Vampire Slayer, anyone?)—and I found myself listening to “Two Princes” by Spin Doctors and “Wonderwall” by Oasis on repeat, with “Beautiful Life” by Ace of Base stuck in my head for several days. I would definitely recommend any other 90s fans to give this fresh, coming-of-age drama a try, and don’t let the title mislead you because Everything Sucks is nothing but fly and phat.