Snapchat Update Crisis: How to Avoid It

“I just lost ten streaks, and I didn’t even know I was about to lose them, and it’s all because of this dumb new update. I want the old Snapchat back!” another disgruntled teenager complains. Lost streaks and massive confusion struck the 21st century generation of teenagers when a popular form of social media released a poorly designed update. The commonly used social media platform, Snapchat, left its users in disarray and upset after the application put into effect a new update on February 9th. Users demanded to downgrade back to the version of Snapchat that was previously being used.

The popular form of social media, which features a white ghost and yellow background as its logo, has been around since 2011 and has just launched its biggest change in the structure and organization of the app yet. So what is different about this new version of Snapchat compared to the old version that is leaving users enraged? Originally, when users swiped left from the camera, they were able to see their Snapchat messages between their friends and group chats. When users swiped right from the camera screen, they were able to view their friends’ stories, along with private stories, and images and clips from companies. Now, when users swipe right, their friends’ stories, private stories, group chats, and chats between friends are all combined on one page. This decision to combine stories and chats has caused confusion and frustration for Snapchat users. When users swipe left from the home screen, a whole entire page is now dedicated to images and clips from media companies and publishers. This is referred to as the Discover page. 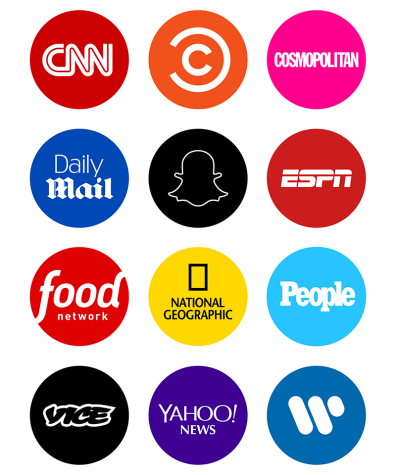 Snapchat is a social media platform that allows users to snap a picture to send to their friends on Snapchat or to post as feed for all their Friends to see. This is often referred to as a story. Users can also create group chats between their friends and can make private stories. What makes Snapchat different from other forms of social media is its twenty-four-hour time limit for stories and individual Snapchats that can last from one second to an infinite number of seconds. Once the user swipes out of the Snapchat he or she receives, the user can no longer view that Snapchat again. The only way he or she could view it again is if they used Snapchat’s feature of replaying the Snapchat. Stories can be played multiple times for the twenty four hours they are up. Snapchat also has a feature called Memories. The Memories section of Snapchat acts as a user’s personal photo album on Snapchat. One can save Snapchats or Stories through Memories. They can then transfer them to his or her phone’s camera roll. Snapchats that are saved in Memories can be edited and then sent to friends, a group chat or posted to the user’s story or private story.

Many users have spoken out on their feelings regarding this new update and their disappointment in the app’s current structure. “I think it’s inconvenient,” said Aspasia Papas. “The way they had it before was just fine. It was all organized and they had everybody’s Snapchat stories that they posted in order and on the other page. They had the Snapchats that people sent personally on a separate page from people’s stories, but now they are all on one page, and I hate it.” “I don’t appreciate how I don’t know who I’m talking to when I open a Snapchat or if I accidentally send a Snapchat to the wrong person,” said Athena Venetos. “And it’s more likely to happen with this update, and I just don’t like it. I don’t know if I’m posting on my private story or my real story, and it’s just an inconvenience.”

In addition to all the angry feedback from Snapchat users, people have been posting links to an online petition to remove the new Snapchat update and to restore the old version. The online petition, created by Nic Rumsey, claims the new features are “useless” and that they “defeat the original purposes Snapchat has had for the past years.” Snap Inc. has read the concerns listed, and on February 20th, the company responded to Nic and the millions of other Snapchatters who signed the petition. Snap Inc. has recognized users’ concerns and made it clear that it understands people’s anger but won’t change or remove the update. “We hear you and appreciate that you took the time to let us know how you feel. We completely understand how the new Snapchat has felt uncomfortable for many,” said Snap Inc. “By putting everything from your friends in one place, our goal was to make it easier to connect with the people you care about the most. The new Friends page will adapt to you and get smarter over time, reflecting who you’re most likely to be Snapping with at the moment. The same personalization is also true of the new Discover, which will adapt to you the more that you use it.”

Most Snapchatters have unfortunately already received this update. One can avoid this new update or future unwanted updates to come by turning off the feature that updates applications automatically. iPhone users can turn off this feature by going into the Settings application, then selecting the iTunes and App Stores tab and selecting off for Updates under Automatic Downloads.

Some users have agreed to delete the application and only plan on re-downloading it until changes have been made or the old version is restored. Instead of reverting back to the old version, the company declared to release an update that will make it easier for users to access the Stories they want. “Beginning soon on iOS, and with Android in the coming weeks, we are introducing tabs in Friends and Discover, which will make it easier to find the Stories that you want, when you want them,” said Snap Inc. “Once you receive the update, you’ll be able to sort things like Stories, Group Chats, and Subscription, allowing you to further customize your own experience on the app.”