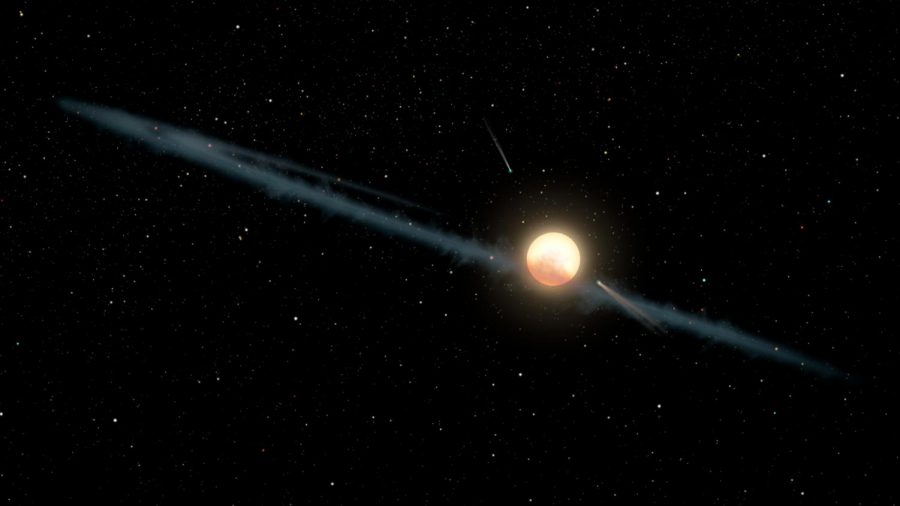 Tabby’s star, a star shown to have extremely erratic and unusual behaviors, has been a source of speculation for several years. It has been assumed that Tabby’s star’s erratic behavior originated from a dyson sphere, a hypothetical megastructure built by extraterrestrial life. This concept was debunked last year when astronomers observed the wavelengths of the star and determined that the star’s capricious behaviors were caused by dust, not aliens. A group of astronomers in Brazil have recently discovered a new star called “VVV-WIT-07,” which exhibits similar behaviors to Tabby’s star. With this new discovery, astronomers are gathering more information from these flickering stars.

In 1997, the Tabby star, also known as KIC 846285 or the Boyajian star, was first catalogued in the Tycho database. However, it wasn’t until 2009 when astronomers found fascinating observations of the object. While the Kepler Telescope was monitoring the light of over 100,000 stars, it discovered the unusual behaviors of Tabby’s light curve. Light curves, a graph that shows fluctuations in light emitted from an object, usually can be classified into distinct groups. For example, stars that usually have exoplanets orbiting them would have very similar light curves to each other. The reason Tabby’s star received attention is that its light curve is extremely different from those of other stars and does not follow a specific pattern. Due to the large fluctuations the star exhibited, an initially unpopular hypothesis gained quite a large following. The explanation? Aliens!

Astronomers have observed Tabby’s star for quite some time and have been unable to explain the fluctuations within its light. While astronomers worked diligently to find the solution, UFOlogists quickly jumped to conclusions. UFOlogists hypothesized that a dome-like structure, called a “dyson sphere,” surrounds the star and that extraterrestrial entities are harnessing the energy of the star. It wasn’t until last year that the whole alien craze came to a close. Astronomers finally found the answer, but the answer was not as attractive as the previous hypothesis. It turns out that the star’s fluctuations were caused by dust. The origin of the dust is still a mystery, but one thing is certain: a large amount of dust surrounds the star, not an alien megastructure.

The mechanism behind these dusty stars is still unknown, but a recently discovered object designated “VVV-WIT-07” may provide new insight into it. Astronomers at the University of Santa Catarina in Florianopolis, Brazil reported the object on November 6, 2018. VVV-WIT- 07’s properties are quite interesting due to the amount of dimming it exhibits. VVV- WIT-07s dimmed by approximately 80% of its brightness, in contrast to Tabby’s star, which dimmed by 20%. Another recently discovered star, J1407, dimmed by almost 95%!