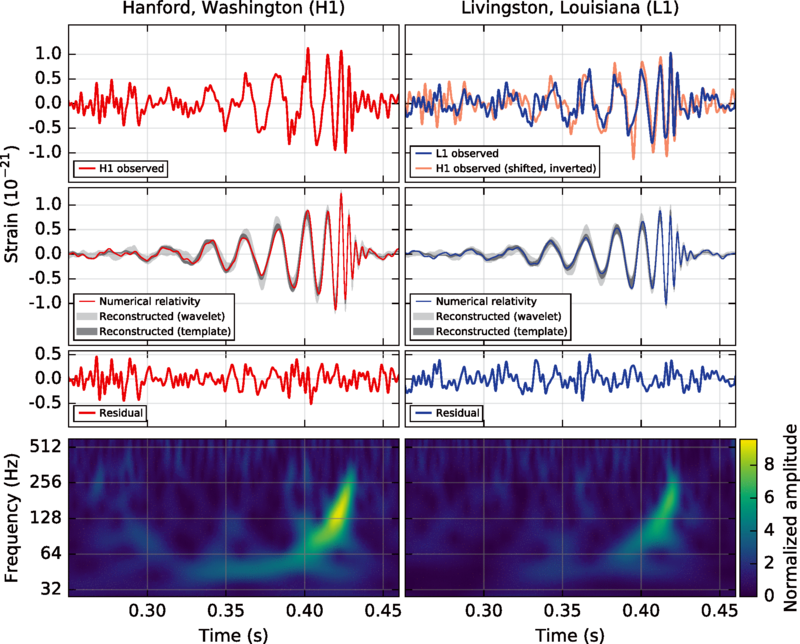 You probably heard of the saying “May the force be with you,” from Star Wars. Obi-Wan Kenobi once said, “The force is an energy field created by all living things. It surrounds us and penetrates us; it binds the galaxy together.” It is for Jedis and Siths to say, “There is a disturbance within the force” whenever something feels off. However, from an astronomer’s perspective, there are disturbances in space all the time. From supernovas to black hole mergers, space is active with explosions every second. Recently, astronomers felt four disturbances within the force, all of which came from gravitational waves.

Gravitational waves are related to Einstein’s theory of relativity. Einstein claimed that space was like a rubber sheet, and an object with mass creates stretches within this sheet of space. When violent interactions occur in outer space, ripples within this sheet are made, similar to how ripples are made when a rock drops in a pond. This ripple in space usually occurs when two massive black holes merge together, and occasionally, two neutron stars. You might be thinking, “If space is rippling, why is earth not getting distorted?” The reason why is because these ripples are very tiny. Very, very tiny. These ripples are smaller than quarks, which are constituent particles of protons. That is very small!

So how are physicists able to detect these minuscule gravitational waves? The Laser Interferometer Gravitational-Wave Observatory (LIGO) has a pretty simple mechanism that can detect these waves. The mechanism, like the name suggests, consists of lasers. A beam of light is emitted and diffracts when it hits a mirror. The two lasers then separate perpendicularly, and continue in separate paths until they hit another mirror at the end and reflect back to the same mirror. Theoretically, both lasers should be at the same position. However, when a gravitational wave comes in contact, it shifts one of the lights, creating a discrepancy within the wavelengths. The video below demonstrates this process.

LIGO discovered four gravitational waves on December 1st. Theses waves originated from ten stellar-mass black holes and one neutron star merger. The most interesting observation the astronomers made was a massive black hole binary that occurred 5 billion years ago. The two black holes merged to create a black hole with a mass of 20 solar masses, and the discovery helped provide new insight to black hole properties, such as the black hole mass and its significance in the early universe. Additionally, astronomers were able to calculate the mass limit for stellar mass black holes. Previously, astronomers were only able to receive observations optically, but with the observations of the gravitational waves using LIGO, unique properties were observed that would have been undetectable with mere optical observations.