The Longest Government Shutdown in History 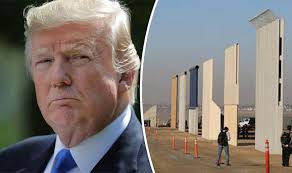 As you read this, the United States is in the midst of the longest government shutdown in history, and there seems to be no end in sight. President Donald Trump is in a standoff over his demands of funding for the wall and will not sign any bill to reopen the government until a negotiation occurs in his favor. Thousands of government employees are currently working on furlough, or without pay. People are understandably concerned about these highly unpredictable circumstances, and whether fickle Trump’s mind will change. 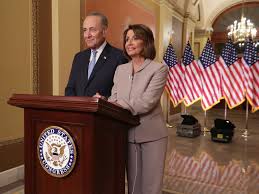 Trump has stated that until he strikes a deal with Congress to fund his wall, which he states would cost approximately $5.7 billion, the government will not reconvene. At the moment, Congress seems adamant about not giving in to Trump’s demands; with the recent takeover of Democrats in the House of Representatives, this isn’t surprising. The current Speaker of the House, Nancy Pelosi (D-CA), stated that “President Trump cannot hold government employees hostage because he wants a wall that is not effective.” Pelosi makes herself extremely clear by saying that there are no intentions of building a wall. President Trump stated, “The federal government remains shut down for one reason and one reason only: because Democrats will not fund border security.” However, Democrats have offered $1.3 to fund border security through other methods, such as enhancing surveillance. Additionally, when Trump first began budget negotiations in December, he stated that he would take responsibility for a government shutdown due to conflicts over funding a border wall.

Our president, who has vowed to protect us, is using a government shutdown as a means to procure an absurd goal, threatening to go as far as calling this a national emergency. Last Tuesday, Trump addressed the nation about the border wall and made multiple false claims and misrepresentations. Perhaps one of the most glaring examples of these misrepresentations concerned drugs. “Every week, 300 of our citizens are killed by heroin alone, 90 percent of which floods across our southern border,” stated the president. According to The New York Times, however, while many drugs do enter the nation through our southern border, a majority arrive instead through legal points of entry. Perhaps prophetically, before Trump’s speech, Representative David Cicilline (D-RI) tweeted, “President Trump is going to use the public airwaves to spread fear and misinformation tonight.”

Before the speech, there were internal debates within many networks concerning whether or not they should allow President Trump airtime. Many network critics stated that networks’ decisions to allow the speech was a glaring error, since “the president couldn’t be trusted with the truth,” according to Snopes.com. The four major networks, however, predicted a major backlash if they did not give him airtime, and so they aired his speech as well as the Democratic rebuttals from Nancy Pelosi and Chuck Schumer.

Punishment has fallen on the government workers as they are expected to work without pay or not work at all. Terry Donaldson, an airport worker currently working without pay, claims it’s “very frustrating.” Many parks and national sites are also suffering due to the fact that there is no one there to pick up the trash that is constantly piling up. The Food Assistance Program may also be at risk because the government has only funded the food stamp program through January, and many low-income households are at risk of being cut off abruptly from this critical service. About 51,000 out of the 800,000 government workers affected are TSA agents who are working without pay. Many TSA workers are calling in sick, causing a shortage of workers. “On Saturday, Miami International Airport decided to shut down a concourse early for three days due to a shortage of TSA screeners,” airport spokesman Greg Chin said.

Overall, the circumstances our nation is in look bleak. It is unpredictable as to who will budge first, if compromises will be made, or how long the government will remain dormant. The United States is being roughhoused by a hurricane of political tension, and for most, all that can be done is hope that our country emerges from the battle unscathed.