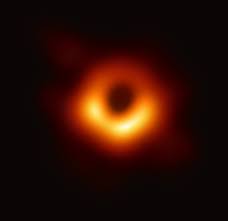 So why haven’t astronomers previously been able to take a picture of a black hole? Black holes, as the name suggests, are dark voids in space with extremely strong gravitational fields from which not even light can escape. When it comes to taking a picture of astronomical objects or objects in general, however, you need some source of light. Despite the lack of light black holes produce, they feature a ring of light around them caused by the acceleration of debris and dust surrounding it. Even with this ring of light, though, black holes are relatively small and can be covered up with debris, making them very difficult to image.

But the Event Horizon Telescope, a web of eight radio telescopes scattered across the world, is finally imaging the first picture of a black hole. During April of 2017, astronomers from different observatories of the Event Horizon Telescope collaborated and took an image from two nearby black holes:  Sagittarius A* and Virgo A. Technically, astronomers have already taken the image of the black hole, but the image is still rendering since it contains so much data. It is similar to uploading an image from your phone to your computer, but the image takes a few years to upload. You haven’t seen the image yet, but the image is there.

There are a lot of discoveries that might potentially arise from taking the picture of the black hole, and it’s more than just knowing the shape of the object. General relativity, a theory discovered by Albert Einstein, describes the most fundamental aspects of physics. It not only describes the movements of celestial objects, but it also describes the nature of time and space. It has been tested countless times, but astronomers are still curious as to how it will function on an object as dense as a black hole. If relativity applies correctly to a black hole, the black hole will have a ring with a particular shadow. The limits of relativity are really tested here since the slightest deviation in calculation can create an entirely different shape.

Another topic a picture of a black hole may shed light on could be how jets form. Jets are large bursts that are spit out from black holes. Contrary to what some people think, black holes are capable of spitting large amounts of dust from the surrounding matter that accelerates around the black hole. Astronomers still do not have a complete understanding as to how these black holes form these jets. Some black holes are extremely hungry, swallowing up most of their material and gaining millions of stellar mass. Other black holes can be much more critical of their “food,” spitting out most of the gas they come across, making them relatively small. This behavior of black holes is still a mystery, and by obtaining the picture of this black hole, astronomers may be able to get an in-depth observation of how this process could occur.

After countless of illustrations made by artists and dozens of cameos in sci-fi movies, astronomers have finally snapped an up close photo of a black hole. Sci-fi fanatics and astronomers have fantasized about the majestic characteristics of a black hole for decades, but they have been missing one critical element:  a real-life image of one. With rapidly growing computational and astronomical research, the first picture of a black hole has finally been processed, and the excitement among people all over the world is very high.