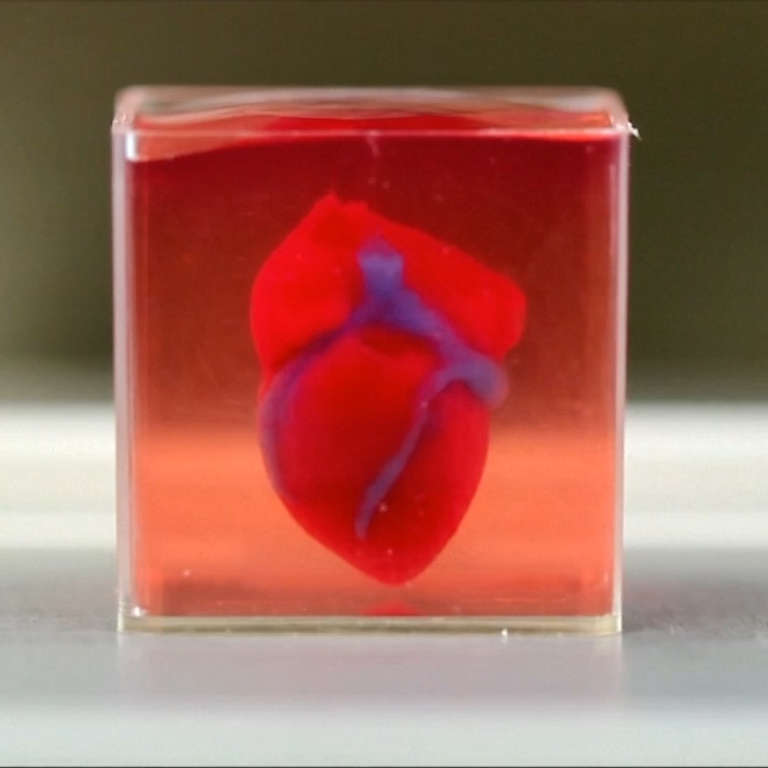 Three-dimensional printers have revolutionized the world in the past few years. Whether if it is printing food, phone cases, or artificial skin, 3D printers can seemingly print anything. With the rapidly growing use of 3D printers, researchers are starting to use them for biomedical purposes. Recently, researchers at Tel-Aviv University 3D printed an artificial heart out of a patient’s biological material. The researchers not only were able to replicate the shape of the heart, but they were able to replicate the chambers, the vessels, and the ventricles.

Although this research takes an innovative approach, 3D printed hearts have been previously made by researchers at ETH Zurich in 2017. However, the component that distinguishes the recently developed 3D-printed heart and the one made in 2017 is the material used. The one made in 2017 consisted of an artificially made flexible material, while the current heart is made out of hydrogel, a substance that consists of fatty tissue extracted from patients.  The hydrogel was separated into cardiac and endothelial cells to make compatible patches of cardiac cells with blood vessels. Not only does the heart mimic the function of contraction, but it is also made out of real biological material, making it very compatible with a potential patient.

The heart is still at its preliminary stages, and a lot more modifications must be made before a transplant can occur. For example, the size of the heart is fairly small, approximately the size of a rabbit’s heart. With the current size of the heart, the researchers are planning to test it with animals in the future. Furthermore, the researchers are planning to improve how the cells pump together, in order to create an improved pumping ability. The researchers predict that in approximately ten years, 3D printers will be common in hospitals to use for transplants.

Hearts aren’t the only body parts being printed with 3D printers. The devices have also been used to create prosthetic limbs. Currently, the average cost of a prosthesis can soar into the thousands, but a fully functional prosthesis can be printed for between $50 and $100. Although a traditional prosthesis is more durable than a 3D printed one, progress is being made to improve the quality of current 3D printed prosthetics.

“Prosthetics are very short term solution, but the recent 3D printed prosthetics are very intriguing,” said Noam Yakar (’21), who qualified for the prestigious Intel ISEF competition in Phoenix, Arizona. “My project was on the design and construction of a cost-effective full arm prosthesis with computer vision. I aimed to create a prosthetic that uses muscle impulses recorded by an electromyography sensor along with a camera to classify the shape and size of objects the user wants to grasp.”

Yakar continued by describing what the future of 3D-printed organs and limbs may hold. “I’ve read several papers that were quite interesting about polymers that were produced by a 3D printer. These polymers coat donated organs in order to decrease the chance of rejection from the body. As the polymer adheres,the organ becomes coated by a plethora of proteins that identify the organ as not-foreign/safe. It is a very interesting direction. The idea of 3D printed organs currently is somewhat ethically restricted, but I am very excited to see the future of this specific field. ”